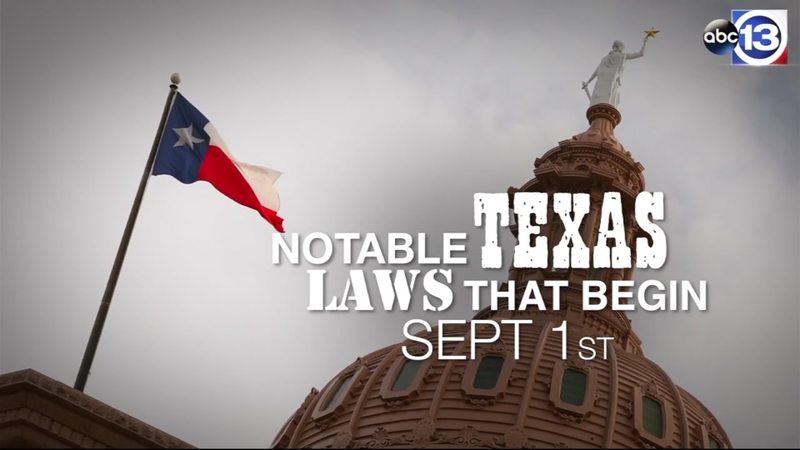 HOUSTON, Texas (KTRK) -- On September 1, new laws go into effect in Texas, ranging from a texting-while-driving ban to the open-carry of swords.