Taylor Pomaski: Ex-NFL player whose girlfriend is missing has been arrested in northwest Houston 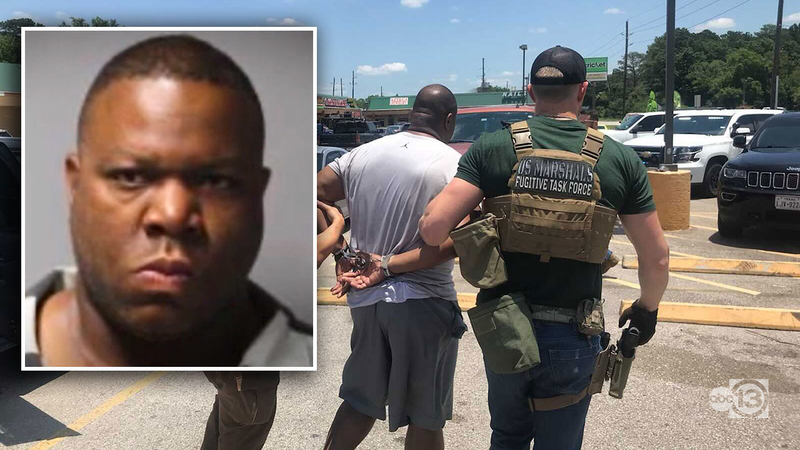 MONTGOMERY COUNTY, Texas (KTRK) -- An ex-NFL player was arrested in northwest Houston after his girlfriend has gone missing for more than a month in Montgomery County.


The video above is from a previous reporting from June 10.

The Montgomery County District Attorney's Office told ABC13 Ware failed to show up for his bond supervision hearings in April and May.

As the search continues for a missing 29-year-old woman, who was last seen in April, authorities now believe she may be a victim of foul play.

"She's a beautiful, beautiful person inside and out and we're really worried about her," said Eric Zuleger, a longtime friend of Pomaski's.

The 29-year-old has been missing since the end of April.
Ware, a convicted felon, was arrested on April 19 for drug and weapon charges in Montgomery County.

He got out on a $23,000 bond and reportedly, days later, during a get together at his Klein-area home, witnesses reported a violent fight between the couple. She disappeared and Ware stopped showing up for court appearances.


In a previous interview, Zuleger told ABC13 before her disappearance, Pomaski made an outcry for help saying, "She was in danger, and she was in trouble. There was violence, she referenced a gun being pulled on her. She was very scared, very nervous."
Ware has not been named a suspect in Pomaski's disappearance, but Harris County investigators said he is a person of interest along with several other witnesses who have also not come forward.