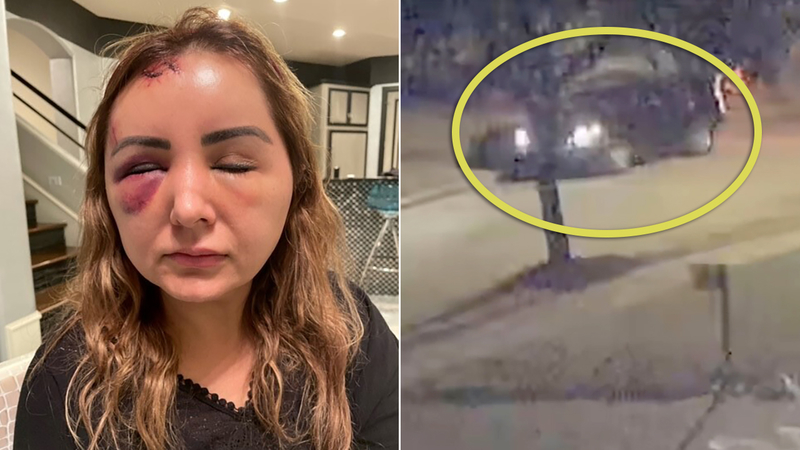 Woman violently attacked while taking out her trash, police say

SUGAR LAND, Texas (KTRK) -- Fort Bend County Crime Stoppers is asking for the community's help in locating a suspect they believe violently attacked a 47-year-old woman outside her home.

The altercation happened on Nov. 5 around 7 p.m. on Wilmington Court in the Waters of Avalon neighborhood. According to authorities, the woman said she was taking out her trash when a man approached her.

"She needed to have 52 stitches done, and weeks of rest in order to physically recover from the pain she endured," said the daughter on behalf of her mom who police said was violently attacked while taking out the trash in Sugar Land last month.

While in the street, the woman said a man walked up to her and hit her on the head, causing her to fall to the ground. Moments later, she said he began kicking and hitting her before she was able to run inside her home.

"Help me get closure on this. I need to find out what was the motive and who did it," said the woman who spoke out for the first time after she was attacked last month while taking out her trash in Sugar Land.

She believes the suspect left the scene in a dark-colored SUV driven by another man. Surveillance video shows that the truck, most likely a Chevy Tahoe, had been outside the woman's house for at least an hour before the assault took place.

The woman was transported to the hospital with serious head injuries. According to her daughter, she needed more than 50 stiches and is still healing a month later.

The Sugar Land Police Department said the attack does not appear to be random, although the victim and her family don't know who would want to harm the woman.

Fort Bend County Crime Stoppers is offering a $10,000 reward for information leading to an arrest in this case.

"To help me find closure on this, I need to find the motive. Who did it?" said the woman.