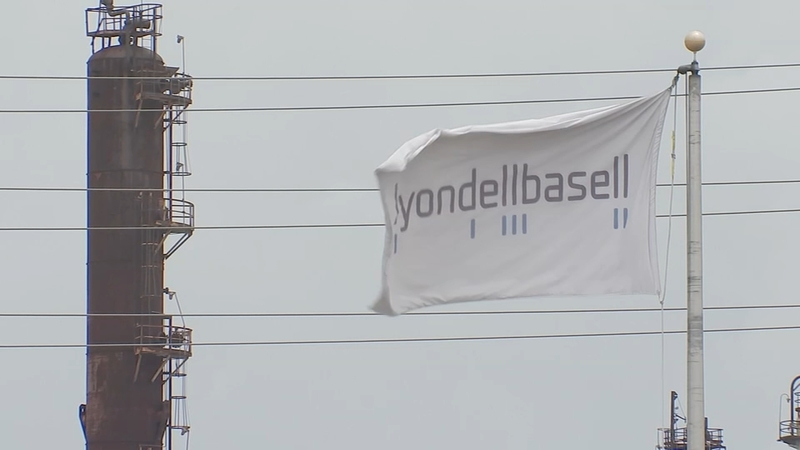 GALENA PARK, Texas (KTRK) -- If you're thinking the air has taken an unusual turn in the Galena Park area, you're not alone, and you're not wrong.

Harris County Pollution Control Services confirmed to ABC13 that they've received numerous resident complaints and they're looking into it. At least one woman in the area described the smell as a combination of garlic and bug spray.

Just after 9:30 a.m. Friday, a message posted to CAER (Community Awareness Emergency Response) announced the source of the smell as the LyondellBasell Houston Refinery at 12000 Lawndale. Plant officials said they're working to address the odor, and sought to clear the air on any potential health impact.

"While unpleasant, the odor does not pose any harm to our workers or community, and there is no need for nearby community members to be concerned or take any action," the statement read. "We regret any concern this odor may have caused."

Galena Park's mayor posted the update to Facebook as well.


"At approximately 5 p.m. on Wednesday, July 14, 2021, our Houston Refinery located at 12000 Lawndale experienced a leak onto the roof of one of the storage tanks due to the heavy rain events in the area. This did not immediately result in an odor but during our cleanup efforts yesterday, July 15th, an odor became present.

The plant's incident response team is working to eliminate the odor as quickly as possible.

We understand that the material is odorous and community members may be able to detect a slight odor. Air monitoring demonstrated no levels of concern for the community.

There were no injuries. We reported the situation to the appropriate state and federal agencies and are still investigating the cause of the leak. We apologize for any concern this may have caused.

As always, the health and safety of our people and the community are our highest priorities."

"PCS has identified chemicals of interest-carbon disulfide, dimethyl disulfide, methyl ethyl disulfide. Residents may experience irritation of the respiratory system and digestive system. Cause of odor has been capped and smell should dissipate by later this evening. Sensitive populations should limit outdoor time and use face coverings."

The odor lingered in the area Saturday, according to residents who spoke with ABC13.

Company representatives said in a statement that progress was being made to get rid of the smell, but weather conditions and ongoing work may cause more periods of the unpleasant odor.