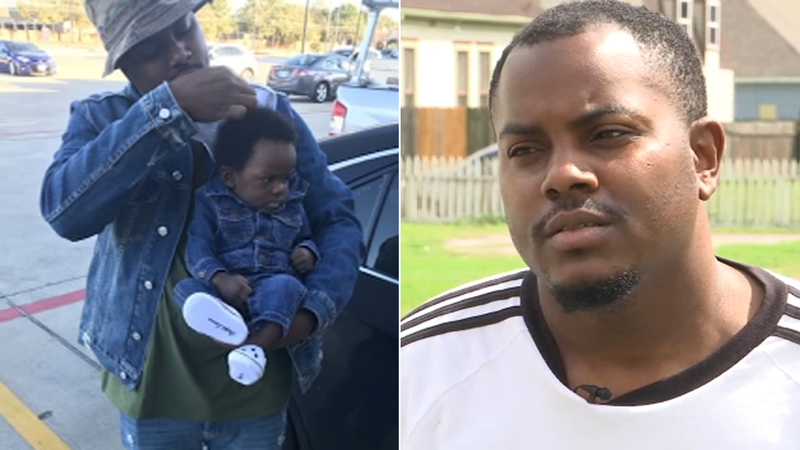 HOUSTON, Texas (KTRK) -- A husband and father is at a loss after his wife and three kids were killed in a fiery wreck, which deputies said was caused by an impaired driver.

The deadly accident happened Sunday in Spring. On Tuesday, Damien House shared photos and memories with friends and family of his wife and kids he loved so much.

"Honestly, she was kind of a mother to me," House recalled. "She raised me because she made me into the man I am today."

The couple had six kids, but three of them, Messiah, King and Drake, were extra special.

"Smart, respectful, just joyful kids," House explained. "Like to have fun, wake up and learn and play."

"I can't find the words to describe because it still feels like it's unreal," House said.

According to the Harris County Sheriff's Office, the family's vehicle was hit, causing a chain reaction. The car ultimately burst into flames. The mother and two kids died at the scene, and 2-year-old King was rushed to the hospital where he later died.

The person House is speaking to is Daniel Canada, who was arrested and charged with four counts of intoxication manslaughter in connection with the crash. Deputies said Canada's blood-alcohol level was nearly twice the legal limit. In the crash, Canada is said to have suffered only bumps and bruises. Small reminders of what happened, but House said he'll never let him forget what happened.

"You took the world," House said. "You left a lot of pain. You caused a lot of hurt, pain. No more birthdays. It's a lot that you did. I will never ever in my life forgive you."

House said the pain is even worse because he learned Canada was pulled over shortly before the accident. The Harris County Sheriff's Office said a deputy pulled him over about half an hour before. During that stop, the deputy found marijuana in Canada's vehicle, took it as evidence, and let him go.

"Even my kids are asking, 'Why didn't he go to jail before he hit mama?,'" House said.

The sheriff's office said the deputy is a crime scene investigator and doesn't normally handle traffic enforcement. A spokesperson said Canada was pulled over for speeding and wasn't driving erratically. The deputy found marijuana but didn't do a field sobriety test because he said Canada didn't show any intoxication signs.

An internal investigation is underway to see if the deputy broke any policy. We're told it could be months before a decision is made. The spokesperson said the deputy is distraught and feels awful for the victims' family.

Canada is now being held without bond.

House said a funeral for his wife and three kids is planned for next Saturday, March 27. GoFundMe has been set up to help with expenses.