'It's a big relief': Man arrested in connection with shooting death of Spring mom of 5 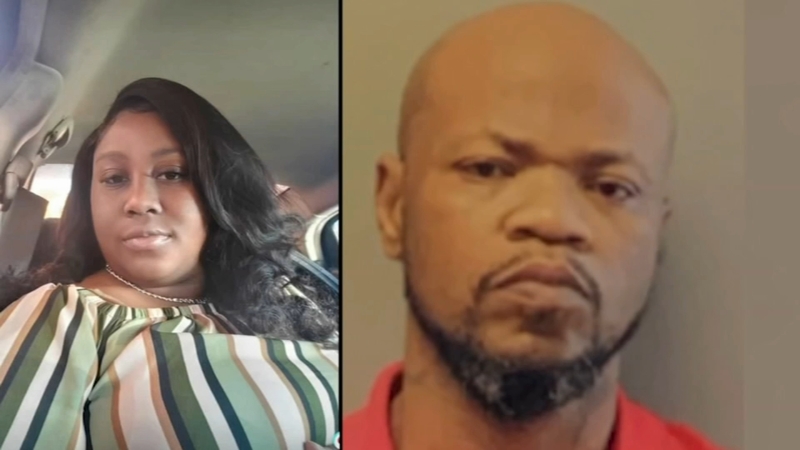 SPRING, Texas (KTRK) -- After a weekslong search, a man accused of shooting his pregnant girlfriend to death in Spring while out on bond has been arrested.

On Wednesday, investigators announced the arrest of 48-year-old Johnny Ray Landry and charged him for the murder of 28-year-old Shaterica Anderson.

"It's a big relief to get him off the streets," said Anderson's brother, Jeremy Narcisse.

As the arrest comes, Anderson's family said the fight for justice is just beginning. Anderson's mother said she hopes a judge will hold Landry without bond.

SEE ALSO: Murdered Spring mom of 5 remembered as boyfriend remains on the run

"He will do this to other women. He's just not a person that needs to be out free," said Sherry Ashton.

Police said Landry turned himself in Wednesday, two weeks after Anderson was shot to death in her Spring home as her five children were asleep.

After a weekslong search, a man accused of shooting his girlfriend to death in Spring has been arrested.

At the time, investigators said Landry's sister said he called her at 2:20 a.m., saying Landry had accidentally shot Anderson while they were struggling over a handgun. But later, Landry was charged with his girlfriend's murder.

At the time of Anderson's death, Landry was out on bond, accused of making a terroristic threat toward her.

RELATED: Spring mother of 5 was pregnant when she was killed by longtime boyfriend, family says

In 2016, he was also charged with assaulting her. However, that case was dismissed.