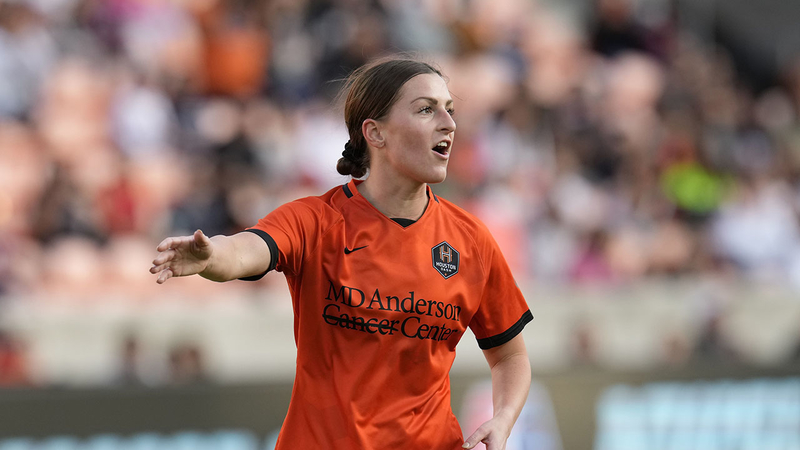 HOUSTON, Texas (KTRK) -- For years during World Cup competitions or the Olympic Games, the United States Women's National Soccer Team has proven it is second to none. Now, their salaries will mirror that.

On Wednesday, the U.S. Soccer Federation became the first governing body in the world to promise to pay its men's and women's teams equally. It's being called a truly historic moment that has changed the game forever in the United States.

The Houston Dash, the only women's professional soccer team in Texas, features several members with experience playing for the U.S. Women's National Team.

"I know a lot of people have been working really hard for a long time to get to this point," Dash defender Haley Hanson said after learning of the equal pay decision. "It's mostly relief and excitement for what's to come."

Hanson, who was drafted by the Dash in 2018, made her debut with the women's national team that same year.

"Our play speaks for itself," Hanson noted during an interview following Wednesday's Houston Dash training session at Houston Sports Park. 'We're consistently the top country. We haven't been around for as long as the men, but we've arguably gained more ground in a shorter amount of time."

Hanson admitted she had been hopeful this equal pay agreement would come, but was not sure how long she and her fellow national soccer standouts would have to hang on for a change. She said the wait will be worth it - literally. According to her, women no longer have to worry about leaving soccer to earn a living.

"There's a real opportunity to generate a livelihood from playing the game we all love," Hanson explained. "So that's real exciting for the current players and the next generation. The men and the women, the young girls and the young boys: they do not even have to have that argument in the back of their mind. Everybody is equal, and that's what we want."

The new collective bargaining agreements for both men and women run through December 2028. The deals grew partly out of a push by players on the vastly more successful women's team - including stars like Alex Morgan and Megan Rapinoe, who were at the forefront of the gender equity fight while leading the team to a Women's World Cup championship in 2019.

While the U.S. women have been successful on the international stage with back-to-back World Cup titles, differences in FIFA prize money meant they took home far less than the men's winners. American women received a $110,000 bonus for winning the 2019 World Cup; the U.S. men would have received $407,000 had they won in 2018. The unions agreed to pool FIFA's payments for the men's World Cup later this year and next year's Women's World Cup, as well as for the 2026 and 2027 tournaments.

Each player will get matching game appearance fees, which the USSF said makes it the first federation to pool FIFA prize money in this manner.