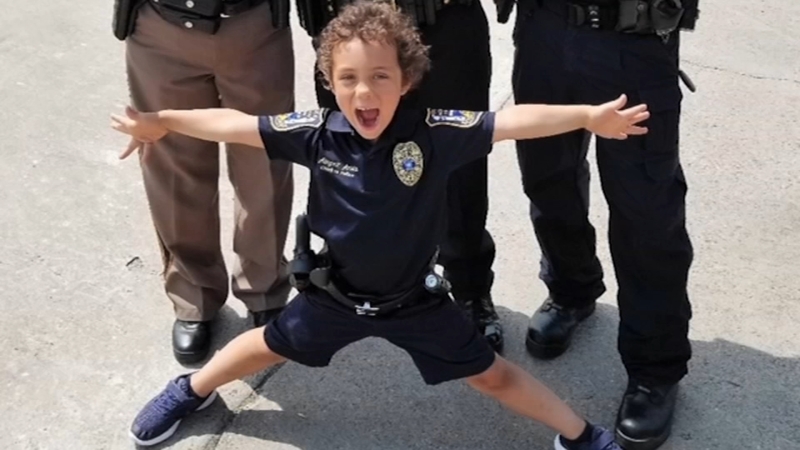 Her cancer spread to her lungs. Hospice is needed for pain management.

Her father, Ruben Arias, said he is asking Texas and beyond for their prayers. The family needs a miracle.

"She's taught me how to live," Arias said. "We have a greater meaning of what 'make every second count' really means. We know we're not promised tomorrow. We're not promised the next moment, but we make it count now."

The 7-year-old loves the Houston Astros. She's a huge fan of Jose Altuve. Her father told Eyewitness News she looks up to him as her hero.

"If he sees this, I apologize Mr. Altuve, but her thing is that he's small like her and carries such power," Arias said. "She says, 'I do the same.' She says, 'Dad, I have that same power.' I say, 'Baby, yes.' She talks about him. She has his little bobble head in her room. She takes it with her."

Chief Raymond Garivey with the Freeport Police Department brought Abigail on as an honorary officer earlier this year.

"We need to police from the heart, not from the radio that sends us to our calls," Chief Garivey said. "I think God is testing us. You know. He wants to see all of us come together to give us that miracle. It's coming. We're going to keep praying for it. It's coming. Hospice care doesn't mean she's going home to lay down in bed and be attended by nurses. It just means we need to get her some medication for now to keep helping her until that miracle gets her. It's coming. Mark my word. It's coming."

The family set up a Facebook page for anyone wishing to send well wishes.

They've also set up a fund to help with the ongoing medical costs.