'Selena' movie to return to theaters 25 years after film's release 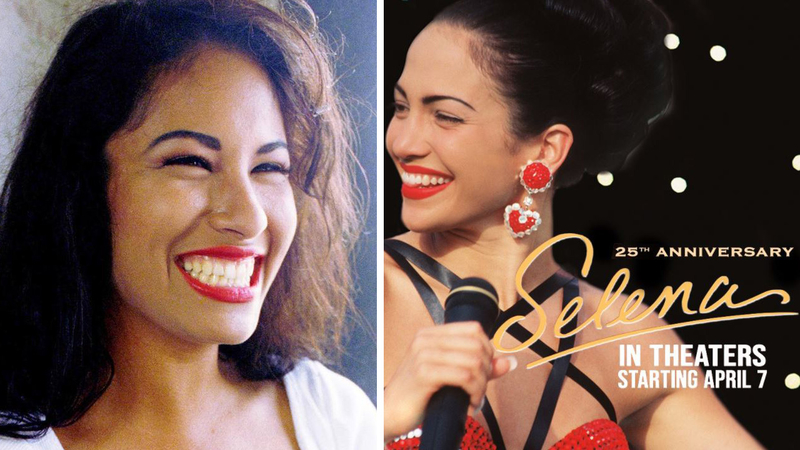 'Selena' movie to return to theaters 25 years after release

Next week marks 27 years since Selena Quintanilla's death, but even though it's been nearly three decades since her murder, her popularity and legacy live on like never before.

As part of that tribute, the movie inspired by her life is hitting the big screen again.

An announcement on the late star's official social media pages revealed that the "Selena" movie will return to theaters starting April 7.

The news came on March 21, exactly 25 years since the film was released in theaters nationwide.

Jennifer Lopez starred as the queen of Tejano and even celebrated the movie on her Twitter account.

"This movie means so much to me. Selena and her family mean so much to me, and I was so lucky to be chosen to play her," Lopez wrote. "I'll never forget this time in my life and it's an honor as an artist to have been part of the magic that is this movie."

What a very special day … we’re celebrating 25 years of SELENA! 🌹 Today we celebrate and honor Selena’s legacy and music. This movie means so much to me … Selena and her family mean so much to me, and I was so lucky to be chosen to play her. pic.twitter.com/9fjoW5RN3u

Video from the 1996 press kit out before the movie's release shows Lopez filming Selena's iconic rodeo performance, which in real life happened at the Astrodome. However, they shot the scene at the Alamodome in San Antonio.

The movie was released in 1997, two years after Selena was shot and killed at the age of 23.

The film was largely shot in San Antonio and has since been added to the National Film Registry.

For the concert scene, which also ended up depicting what would be Selena's last show before her death, 35,000 extras were brought in.

"There's just such an outpouring of love coming in for Selena. You know, they all came out to be part of the movie. It's just such an incredible, incredible rush being out there," Lopez said at the time of filming while wearing the famous purple jumpsuit costume.

Even though the film is slated to be re-released in theaters starting April 7, exact locations and dates have not yet been announced.