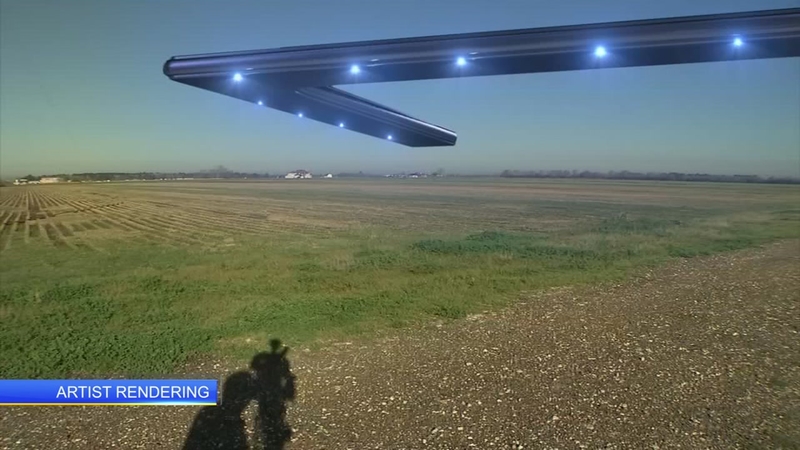 That's not including the ones that are seen but not reported.

One top UFO expert, Fletcher Gray, explains why so many of the sightings aren't UFOs. But, he also says there is one case that he still can't figure out.

Take a closer look from this recent UFO sighting in Houston

Just above the Katy area an orange light is spotted, seen floating around. Down below, sightseers are convinced it's a UFO.

Gray went back to Katy with Eyewitness News to investigate.

"It's flickering as it moves through the night sky," Gray says.

He says if it was a true UFO, the light would not be flickering. He does tell us what he thinks the light is.

"It's probably going to be some type of aircraft or a lantern," he says. Case closed.

Gray shows us another reported sighting, this photo taken from a building in downtown Houston.

Is that light a UFO or something else? "That's lens flare," Gray says.

That's right-lens flare- that highway light giving that off through the glass window.

What about an image of a white object, high in the daytime sky?

"You see that tail over there? That black line right there. That's an airplane," Gray said.

What Gray says most often in UFO reports happens near airports, like Hobby, Bush, Ellington Field and Sugar Land.

Real UFO sightings are rare, he says. But, he says they do happen.

"The universe is too big for us to be alone," Gray says.

Many sightings turn out to be aircrafts, weather balloons, or lanterns. But one sighting still puzzles Gray to this day.

Traveling down Highway 1960 near Dayton, Gray shows us the spot where a man told him he saw an aircraft that defied gravity.

"It spanned all the way to that tree line over there," he said.

A photo of what the aircraft may have looked like confounds Gray to its size.

The eyewitness told Gray the aircraft could be seen hovering. And then, it disappeared.

"I spent 27 years in law enforcement. I know when a person is lying, leading me on," Gray said. "I don't think he was."

Gray says most sightings reported to MUFON in Houston can be explained.

Gray says UFOs are real, and told us what he thinks they want from our planet.

"They're seeking out and learning our planet, if that's the case," Gray said. "It could be something they are doing research with, something that has antigravity capabilities."