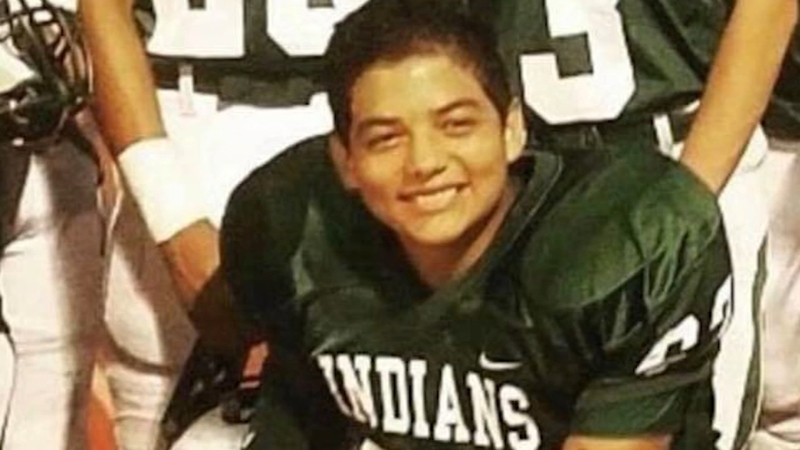 SANTA FE, Texas (KTRK) -- At just 17 years old, Chris Stone gave up his life to save others. Nearly three years later, he is being honored with the nation's highest recognition for a youth, the Congressional Medal of Honor Young Hero Award.

"There's a lot of people in this world who wouldn't do what he did. A lot of people who would run and save themselves," said former student Reagan Gaona.

Reagan, a Santa Fe High School graduate, was also Chris's girlfriend. They attended prom together just six days before he was killed.

Reagan and her mother Megan nominated Chris in 2020.

John Barnes, a former officer who was the first to respond to the Santa Fe High School shooting, shared in his grief after an officer who was first to arrive at a Boulder, Colorado, shooting scene was killed.

"I think anyone who was a hero in that shooting deserves all of it," Reagan said. "Every recognition they can get, they deserve every ounce of it."

The mass shooting at Santa Fe High School in 2018 killed ten people and Chris's courage that day in an art room, using his body as a human barricade to block the classroom door, likely saved many.

In the weeks before the rampage, Reagan says Chris already felt a sense of duty to protect.

The Congressional Medal of Honor Young Hero Award is typically given to only one person each year. In 2020, another Santa Fe High School student, Christian Riley Garcia, was awarded for his self-less valor.

Because of COVID-19 restrictions the 2020 ceremony was delayed and will be joined with the 2021 ceremony set for later this year in Boston.