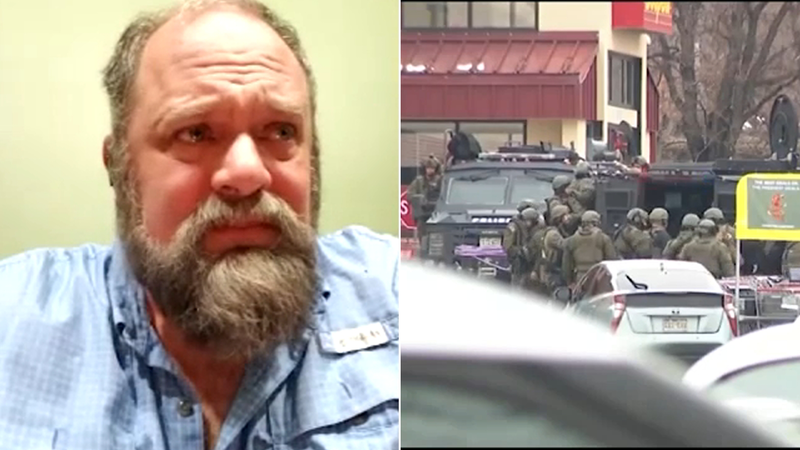 "I'm sure that he was trying to do everything he could to stop the shooting and keep him and others safe. Sometimes, sometimes it's not possible to do both," Barnes said.

Barnes and Talley are strangers but they are brothers in blue who share another bond. Both men were the first officers on the scene of a mass shooting.

In May 2018, Barnes ran down a hallway at Santa Fe High School, straight into the gunfire of a mass shooting. He was shot in the arm and nearly died from blood loss.

Officer Talley was one of 10 who died during the mass shooting at the King Soopers grocery store on Monday. Ten victims also died in Santa Fe.

Barnes said his sadness and grief today is for the family of Officer Talley, who will never return home.

Still battling PTSD, her husband spoke with ABC13 Tuesday saying, "It's just like she has to relive her trauma all over again and the PTSD that goes along with being hunted down and shot."

"Right now, if you just threaten to commit a mass murder or shoot up a school, you get domestic terrorism charges. But we don't understand. If you actually carry out the crime, you don't get domestic terrorism charges. So if we can just move directly to the feds, they're already prepared for this. They know how to try them. We need tougher laws where you go straight to Guantanamo Bay," said Rice.

He believes facing heavier criminal charges in a federal system with no parole could act as a deterrent.

"We want to see this brought to the federal level in every case."

Currently, the accused Boulder shooter is facing 10 counts of first-degree murder. There is no word yet whether or not he will be charged with domestic terrorism.