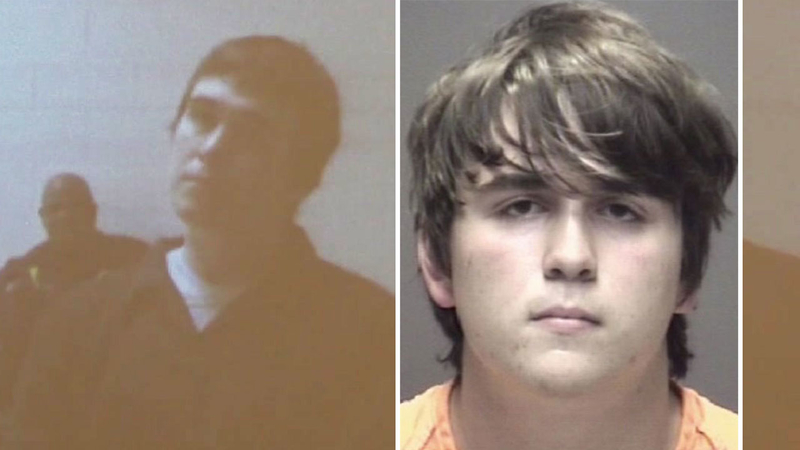 GALVESTON, Texas (KTRK) -- The teen charged in the deadly shooting at Santa Fe High School was back in court for the first time in six months.

Dimitrios Pagourtzis appeared via video conference for a hearing at 10:30 a.m. He wore a dark blue jail uniform and his wrists were handcuffed. Pagourtzis was expressionless. At one point, he lowered his head into his hands.

Seated in the front two rows of the courtroom were survivors and families of victims. Some of them wore "Santa Fe Strong" t-shirts.

Pagourtzis is charged with killing 10 people in the May 2018 shooting at Santa Fe High School.

Eight students and two substitute teachers were shot to death.

When Pagourtzis appeared on the projection screen, several people were moved to tears. One woman was so emotional, she ran out of the courtroom.

Monday was a status conference in which the judge, prosecutors and defense discussed setting future pre-trial hearings and trial dates.

Right now, the defense is reviewing all evidence given to them by the state: 911 phone calls, crime scene video and photos, social media posts, and dispatch radio traffic.

Pagourtzis' attorneys say they are waiting on evidence from federal officials: the teen's computer and computers owned by some of his family members.

Pagourtzis' attorneys filed a change of venue request on his behalf earlier this month.

“My concern is that he has a fair trial.” Attorneys for Dimitrios Pagourtzis speaking to media after 10 minute court appearance where we saw the accused Santa Fe Hs shooter appear for the first time since May 2018. https://t.co/NtCZfWPzQx pic.twitter.com/W2OhLFD3QK

His attorneys argue that he won't be able to get a fair trial due to the media coverage.

The judge has yet to determine if Pagourtzis' trial should be moved out of Galveston County.

Prosecutors say they'll respond to the filing by Friday, Feb. 1.