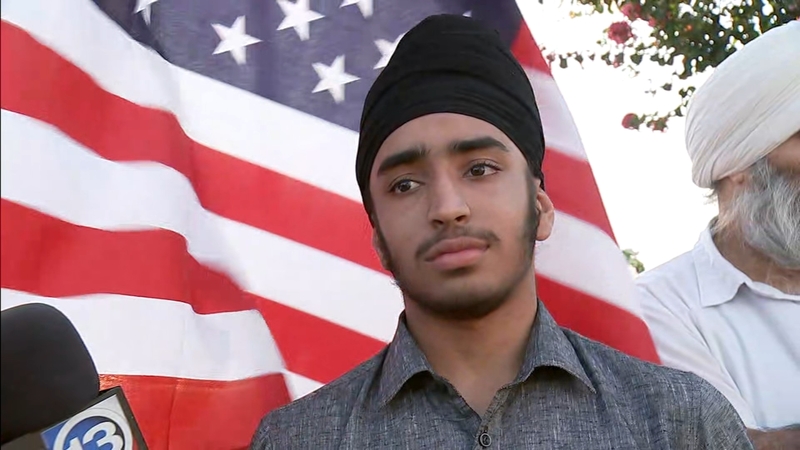 HOUSTON, Texas (KTRK) -- People across the nation are taking part in National Night Out events on Tuesday. The event promotes police-community partnerships and neighborhood camaraderie to make neighborhoods safer.

When he first got involved, attendance was about 35 people. Last year, there were 500. Tuesday night, crowds of people attended to honor him, including his nephew.

"He inspired the community. He made such a big difference in all these people's hearts," Himmate Rai said about his uncle. "I'm so proud of him."

National Night Out is being held near where Dhaliwal was fatally shot during a traffic stop on Friday. Just a couple of hours before he was shot, he dropped off posters for the event.

Dhaliwal has been described as a caring, generous officer of the law, making a difference to all those he encountered.