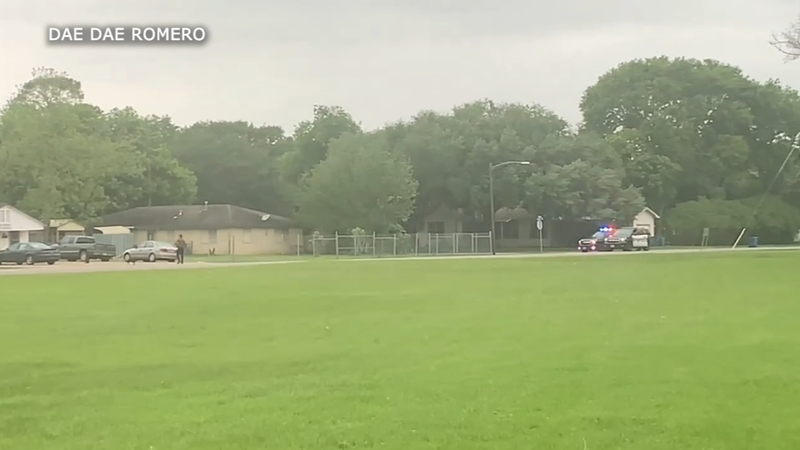 ROSENBERG, Texas (KTRK) -- An officer-involved shooting was reported in Rosenberg on Friday night, according to authorities.

In an update posted on Twitter, Rosenberg Police Chief Jonathan White said the shooting happened in the 1700 block of 8th street.

White said 911 was called numerous times after residents reported seeing a man in his 40s carrying a pistol and firing it in the air and at others.

When officers arrived and asked him to drop the weapon, he reportedly refused to comply, causing an officer to shoot the man, according to police.

He was taken to a nearby trauma center where he later died.

Officer involved shooting in the 1700 block of 8th street. Scene is secure and there is no threat to the public. @TxDPS and @FBCDAO will be conducting an investigation. Further details will be updated at a later time.

White said it is believed that the man was having an argument with his girlfriend inside of a laundromat where the shooting began.

The three officers involved in the shooting will be placed on paid leave, according to White.

The Texas Department of Public Safety along with the Fort Bend County Sheriff's Office are conducting an investigation.