Get to know Republican candidates running for U.S. Rep. District 14 ahead of March primaries 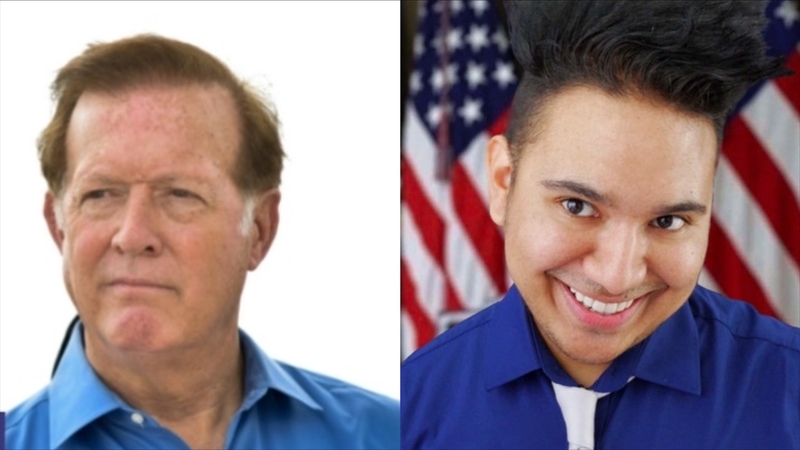 RELATED: Get to know Democratic candidates running for U.S. Rep. District 14 ahead of March primaries

The Republican candidates are incumbent Randy Weber, Keith Casey and Ruben Landon Dante. There are two Democratic candidates also running for the position. The winner of the March primaries will be on the ballot in the November general election.

Candidate responses may have been edited for length and clarity.

Candidate did not submit responses as of press time.

Experience: Financial derivatives, understanding solutions to then reverse engineer them within the Constitutional framework.

Q: If elected, what will be your top three priorities?

Weber: 1. Sanctity of life is the bedrock of the government's protection of its citizens; everything else erodes beneath the weight of disrespect for human life. 2. Budget & deficit. As one military leader recently stated, "The greatest threat to our national security is the budget deficit." 3. Freedom. Through adherence to God's Word-the Bible, and our Constitution. These have produced the greatest republic our world has ever known; to depart from them is folly.

Dante: My first priority is ensuring equal and fair electoral access to legal voters while securing election integrity by election back testing. Second, to secure our borders. Any person or country without proper boundaries is subject to degradation of the most perverse impulse. Third, protecting the integrity of our country by banning any diametrical opposition between Americans and government, including but not limited to; Banning politicians trading stock, curtailing the Federal Reserve, Citizens United.

Q: How do you plan on addressing concerns of flooding in the area?

Weber: As a member of the Transportation & Infrastructure Committee in the U.S. House of Representatives, I serve on three different subcommittees, including Water Resources & Environment, with jurisdiction over the U.S. Army Corps of Engineers. In fact, I'm convening a roundtable with other members of the Houston delegation and our Corps leaders, from the district headquarters there in Galveston, to coordinate our efforts on drainage in our region and mitigate the potential for flooding.

Dante: As a federal candidate this becomes nuanced. Tax revenues are higher every year. It's a spending, management, interest and allocation problem, but it seems improving water conveyance and reducing the velocity of water when it is channel seem most ideal and then to start finding new uses for it in place. I would happily work in Texas federal and local team, engineers and oversee and audit the best solutions towards this.

Q: Do you believe that the process of redistricting is fair or unfair?

Weber: Consistent with the U.S. Constitution, our state Legislature determines Texas' congressional district boundaries. With tremendous faith in the wisdom of our founders, I also understand that elections have consequences. Our representative state Legislature reflects the will of the people, as ratified through several electoral cycles (including at the statewide level). Therefore, I believe that the results yielded through Texas' established procedures fulfill the intent of the founders in perpetuating a "more perfect Union."

Dante: According to The (federal) Congressional Research Survey (my candidate jurisdiction), which prohibits states or political subdivisions imposing voting qualifications, based on race, color, or membership minority. No. If this is not followed, then yes absolutely. However keep in mind cities may lack consideration of the rural areas which maintain them, (oranges don't grow in downtown Houston). That must be equally weighted or we may devolve quickly into a dangerous supply standoff.