Get to know Democratic candidates running for U.S. Rep. District 14 ahead of March primaries 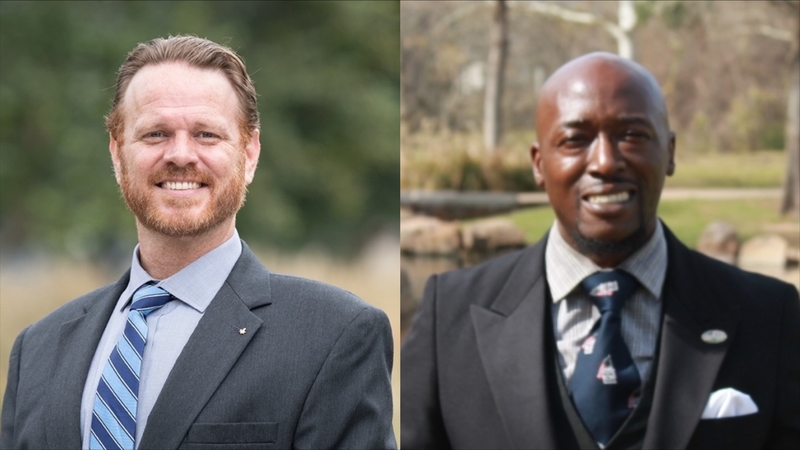 RELATED: Get to know Republican candidates running for for 14th Congressional District ahead of March primaries

The Democratic candidates are Eugene Howard and Mikal Williams. There are three Republican candidates. The winner of the March primaries will be on the ballot in the November general election.

Candidate responses may have been edited for length and clarity.

Q: If elected, what will be your top three priorities?

Howard: 1. Voting rights. I have been fighting for voting rights. It is egregious that they are making it difficult for minorities, older people and people with disabilities to vote. I led the March for Voting Rights to Austin along with Beto, Rev. William Barbar and Rev. Jesse Jackson this summer and then went to D.C. along with state officials. 2. Health care. I believe in Medicare for all. I will do everything in my power to.

Williams: My priorities will be infrastructure and job creation. We need to invest in major infrastructure projects to protect our coast that will create jobs along with boosting economic growth. Second is election and government integrity. We need to eliminate the dark money in politics and implement term limits. Third will be implementing a wealth tax with the expansion of the child tax credit to lift families out of poverty and provide basic services to citizens.

Q: How do you plan on addressing concerns of flooding in the area?

Howard: Support the Build Back Better bill. The infrastructure bill allocated to Texas will provide $26.9 billion for roads and $537 million for bridges. The current congressman voted against it. I will make sure this money is given to the right departments, even more to my district since we are the highest flood zone.

Williams: I will vote for infrastructure bills, and I will fight to have funds in those bills direct to projects for our district. These projects will be focused on flood mitigation, water drainage, coastal spine, and renewable energy captured from said moving water. We can include hydro dynamics in these systems that captures the energy from the moving water. If Romans can build aqueducts out of rocks and concrete, we can build these systems from iron.

Q: Do you believe that the process of redistricting is fair or unfair?

Howard: Yes, it is very unfair. Gerrymandering has led to the under-representation of minorities in our elections. Fair lines can only be drawn if strictly based on population size, not population makeup.

Williams: I believe that as long as redistricting maps are determined by the political party that holds power at the time, the process will remain unfair. We have seen the outcome of this in wildly drawn districts that are so prevalent we have given it a name, Gerrymandering. I believe redistricting should be done by neutral third parties that rely strictly on the census data and redraw districts on a neutral basis.