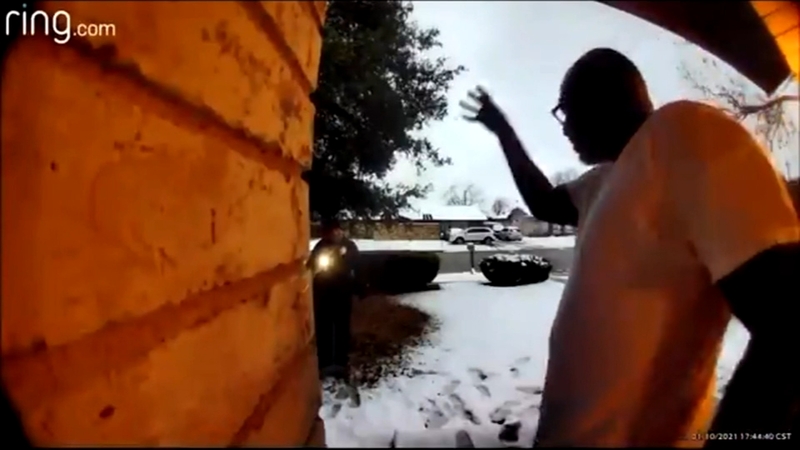 'I told you, don't use a gun:' Mental health call ends in shooting

KILLEEN, Texas -- Video released Wednesday by a civil rights attorney shows the moments before a central Texas police officer shot and killed a man whom police described as "emotionally distressed," and the immediate aftermath as a resident repeatedly says, "I told you, don't use a gun."

It began as what authorities described as a psychiatric call on Sunday that escalated when the responding officer was forced to use a Taser on a man described as emotionally distressed. The officer fired his gun after the Taser was ineffective, authorities said. Patrick Lynn Warren, 52, of Killeen later died at a hospital.

The video, which appears to have been edited, shows the Killeen police officer at the door, and then briefly entering the house before stepping back outside, and then shows the victim stepping out with his hands in the air.

The shooting occurred out of the camera's view, but the gunfire can be heard on what appears to be cell phone video. The video was released Wednesday by civil rights attorney Lee Merritt, who's representing the victim's family.

"A mental health call should not be a death sentence," Merritt said.