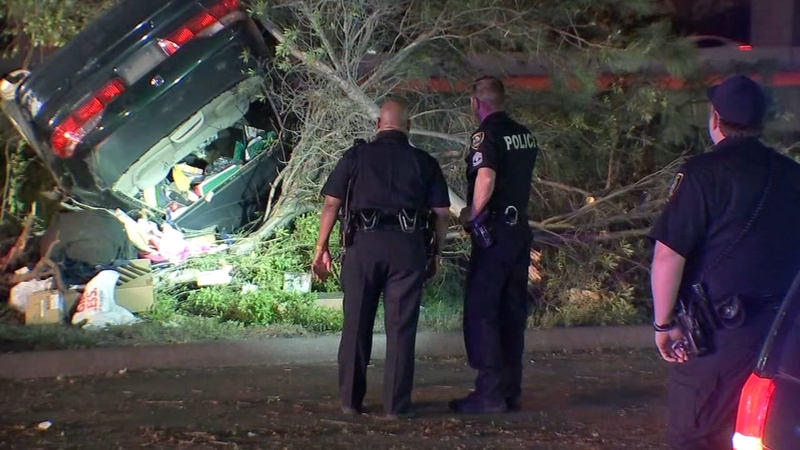 HUMBLE, Texas (KTRK) -- A suspect vehicle landed upside down after a police chase overnight ended in a crash on US-59.

The chase started on the Eastex Freeway feeder road near Will Clayton around 11:30 p.m. Sunday.

Humble police officers tried to stop the driver for an alleged traffic violation.

That's when police say the suspect took off and tried to get on the freeway near the Beltway, but lost control and hit a tree, causing his vehicle to roll over.

After emerging from the wrecked vehicle, police say the suspect told officers he was by himself, then backtracked and said three other people were in the vehicle.

Officers found no other passengers in the car.

"We didn't know at the time when they got the driver out. He told officers that he was the only one, then he said there were more people in the vehicle," Sgt. Jack Burt said. "So we treated it as a possible severity, but once we got the vehicle turned upright, it was confirmed that there was nobody else in the vehicle except the driver."