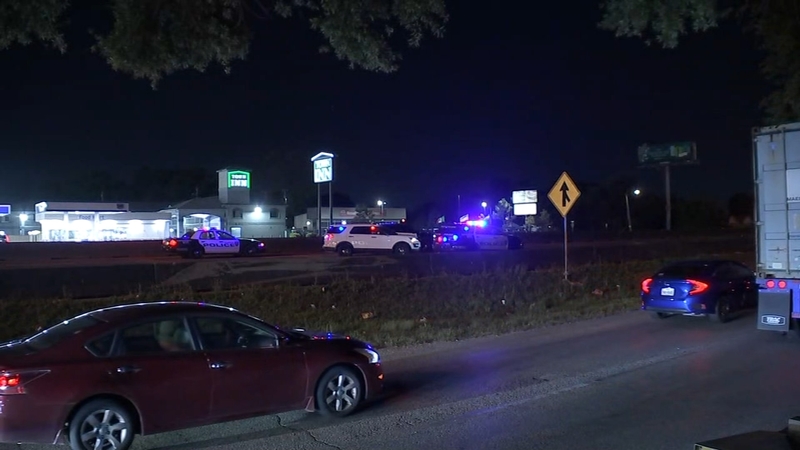 Woman hit and killed while crossing North Freeway near Parker

HOUSTON, Texas (KTRK) -- A woman died while trying to cross the I-45 North Freeway near Parker Road overnight.

It's something a Houston police sergeant told ABC13 is all too common in the area.

"This is a relatively low section of freeway. We have worked multiple fatal crashes here because it's almost at street level. You jump that concrete barricade, and you will be on the main lanes," Sgt. D. Rose said. "For some reason, in this particular case, and also in an area like this one on the southside near Clear Lake, there's a lot of people who use this as crossing the freeway instead of walking a quarter of a mile down and crossing at a crosswalk underneath the freeway."

The driver who hit the woman stopped at the scene was questioned and released, police said. He showed no signs of intoxication.

In Texas, it's illegal for pedestrians to walk up on the main lanes of a freeway.

Less than a week ago, on April 14, another woman died while trying to cross a Houston-area freeway.

Police say it is unclear who hit her or why the woman was on the road in the first place.

The victim was identified as 46-year-old Amoreena Bell.

She was hit on Highway 6 near Clay, according to HPD. The driver who hit her did not stop.

The day before, on April 13, another woman was hit and killed on the North Freeway.

Police said she was walking in and out of traffic on the North Freeway feeder road near Spring Cypress Road.

Several drivers hit her. Police said one of them stopped. That driver did not show signs of intoxication.

The victim was identified as Chasity Wolff.

According to deputies, a woman in a silver Dodge Challenger was driving in a southbound lane of the freeway, when the pedestrian ran across the freeway toward the car.