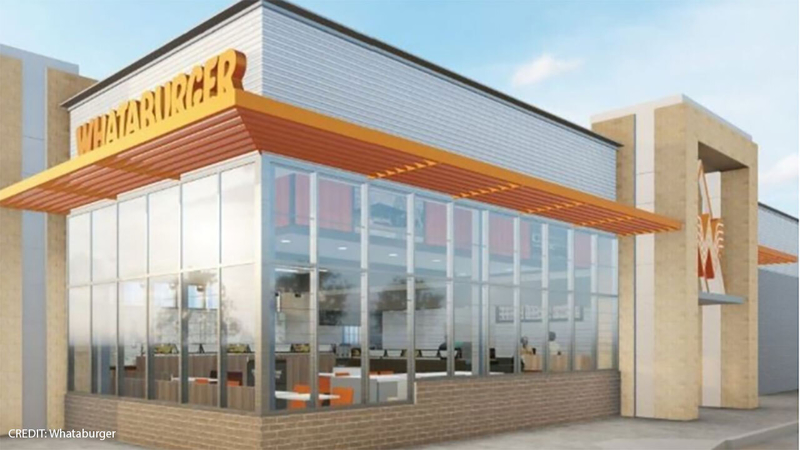 What happened to Whataburger?

HOUSTON, Texas -- Once known as a hub for locomotive shops operated by the Missouri-Kansas-Texas Railroad, the central Texas city of Bellmead now can savor another distinction. It's the first place in the U.S. with a Whataburger that showcases the burger chain's updated restaurant design.

Summer time calls for summer burgers! Watch to learn all about Whataburger's newest item on the menu.

The new-look restaurant replaces an older Whataburger at 950 N. Loop 340, near I-35 and directly northeast of Waco. The 4,651-square-foot successor restaurant, which opened Nov.17, represents the debut of the company's new prototype for large-format locations.

"There's a lot of things that people hold sacred, if you will, about our brand," James Turcotte, senior vice president of real estate at San Antonio-based Whataburger, says on the company's website. "That's the iconic A-frame, the visuals, our branding, the linkage to our past. We really tried to blend those concepts [into] the prototype."