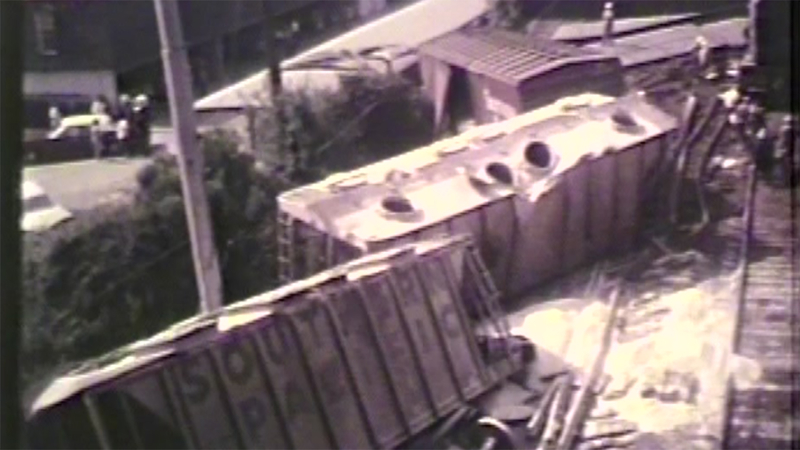 HOUSTON, Texas (KTRK) -- One of the worst explosions in Houston's history occurred on October 19, 1971, killing one firefighter and injuring 37 other firefighters and civilians.

It happened at the rail yard at Mykawa Road at Almeda Genoa.

A Missouri Pacific Railroad train was entering the yard when it derailed on a track that was being repaired. A tank car containing vinyl chloride exploded.

One firefighter who was perched atop a ladder was engulfed in flames but survived. Another firefighter, Truxton Hathaway, had come to the scene to record the incident for training and was killed in the explosion.

Truxton Hathaway, 31, was assigned to the fire academy and went to the scene of the explosion to record the incident for training. He was killed when the second rail car exploded.

A significant problem in battling the fire was the lack of information that the fire department had access to. Hazardous materials in tank cars were not marked. It wasn't long after the Mykawa Road fire that the Houston Fire Department started the hazardous materials (HazMat) unit.