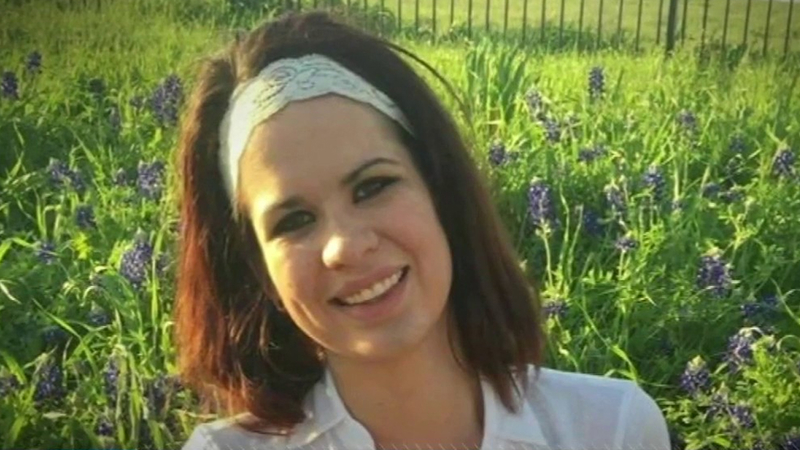 DALLAS -- More than one year ago, video surveillance captured Mercedes Clement walking across a Dallas parking lot, accompanied by a man. The video somehow stopped recording from 1 a.m. to 8 a.m., and the single mother was never seen or heard from again.

Her parents, Alicia and Emiliano Gazotti, have been looking for her ever since.

"Mercedes, she was just a gift," her mother told "Good Morning America" co-anchor Michael Strahan. "She was always saving her money for the homeless people ... always just had this huge heart of gold, always."

On the night of October 11, 2020, Mercedes, then 25 years old, called a few of her friends, telling one that she felt scared and needed a ride to her car.

"She said, 'I've got to go,' and the phone disconnected, and that was it," Alicia Gazotti said.

The next day, the Gazottis received a letter notifying them that their daughter's car had been towed.

Detective Patty Belew, a homicide detective with the Dallas Police Department, is assigned to the case.

She said she'd investigated the seven hours of missing footage from the Koko/Luau Apartments' parking lot, and the company that installed the surveillance system told her that glitches like that don't happen often.

Clement's purse, found in her car the next day, also raises the detective's suspicions.

"It's the same purse you see her walking inside the apartment complex with," Belew said. "So either she brought it back, or the people who took her put it in the car, and their intentions were to come back to the car, but the car was towed before they were able to do that"

Belew said she's identified multiple persons of interest, including some involved in her life during a period of drug use. The list includes 36-year-old Tanner Losson, the man spotted in the October 2020 surveillance video. He has refused to speak to authorities.

Losson is currently in Dallas County Jail on unrelated charges. He did not respond to a request for comment.

Now the Gazottis fear the trail is starting to run cold.

"I think that the media, police, missing persons units -- there's always a stigma around certain people ... if they look a little different or if they're not the boy or girl next door. They don't get treated with that same urgency or that same consideration," Alicia Gazotti said.

The frenzy of attention around the disappearance and killing of Gabby Petito has shined a renewed spotlight on a phenomenon known as "missing white woman syndrome."

Many hope the Petito saga can draw more attention to cases of missing people of color, like Clement, who is of Hispanic and Asian descent.

"If Mercedes is listening right now, what would you like to say to her?" Strahan asked Alicia Gazotti.