KMCO 'thorn in our side' that 'should not reopen': County

KTRK
By Ted Oberg
CROSBY, Texas (KTRK) -- With the final wisps of smoke still rising from the KMCO facility in Crosby, Harris County's chief environmental lawyer called the company, "a thorn in the side of (Harris) County for years."

Assistant Harris County Attorney Roc Owens told 13 Investigates, "The plant is dangerous and should not reopen, if it is ever allowed to until Harris County, the TCEQ and EPA says it is safe." 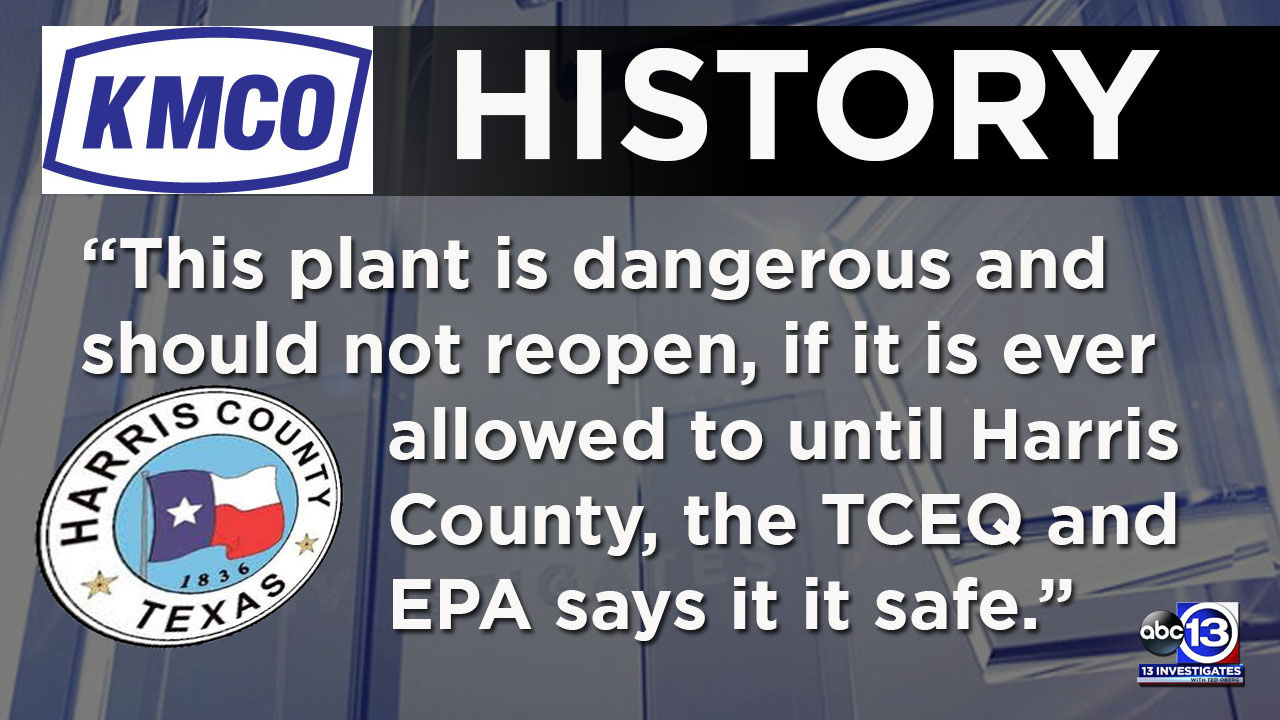 It is not an empty threat.

Harris County is currently suing KMCO, alleging air, water and nuisance violations. The case, scheduled for trial in June, currently aims to force the company into compliance. Owens says the case could be amended to seek a long-term closure. 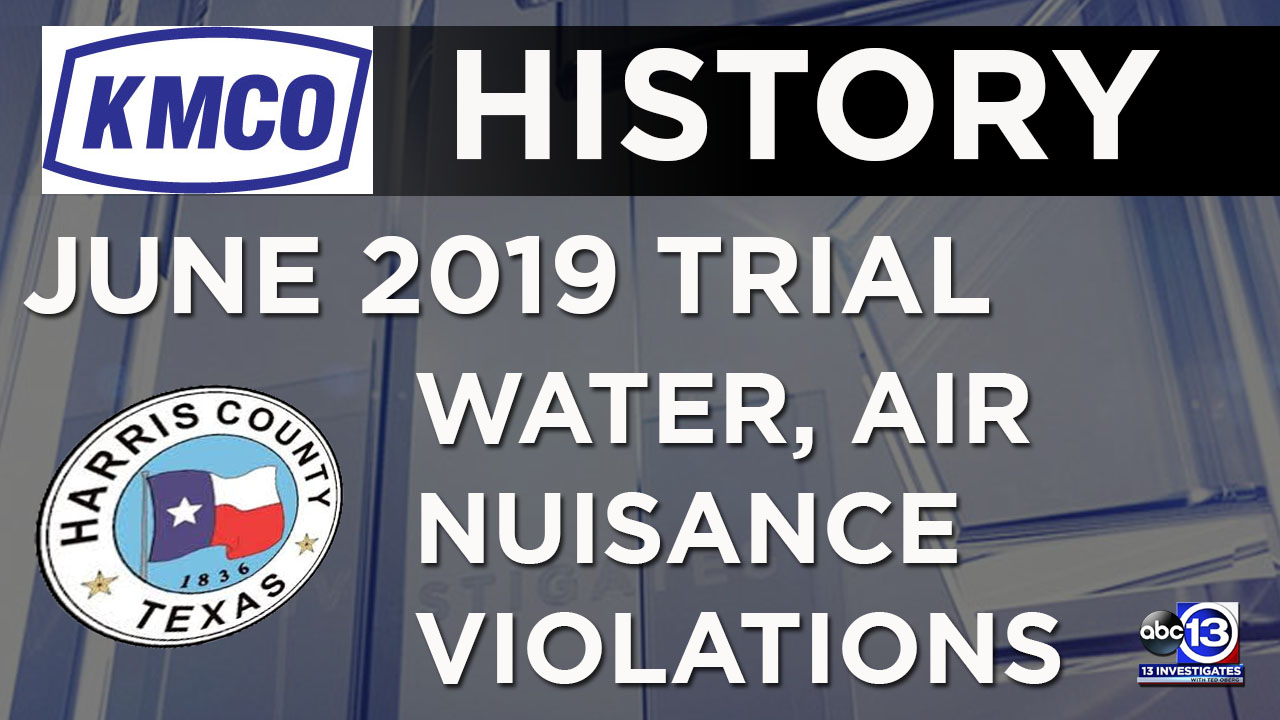 It is a violation of Texas law to put out emissions that exceed permitted levels. TCEQ's executive director vows to "hold KMCO fully responsible."

TIMELINE: How the KMCO chemical plant fire unfolded in Crosby

In 2016, KMCO's parent company pleaded guilty to "knowing" and "negligent" violations of federal environmental laws. Among the violations, federal prosecutors allege in court documents, "the company failed to perform any leak detection monitoring of facility processing components for fugitive VOC emissions." Prosecutors allege it continued from 2008 to 2012. KMCO's parent company paid a $3.5 million fine in conjunction with its guilty pleas. 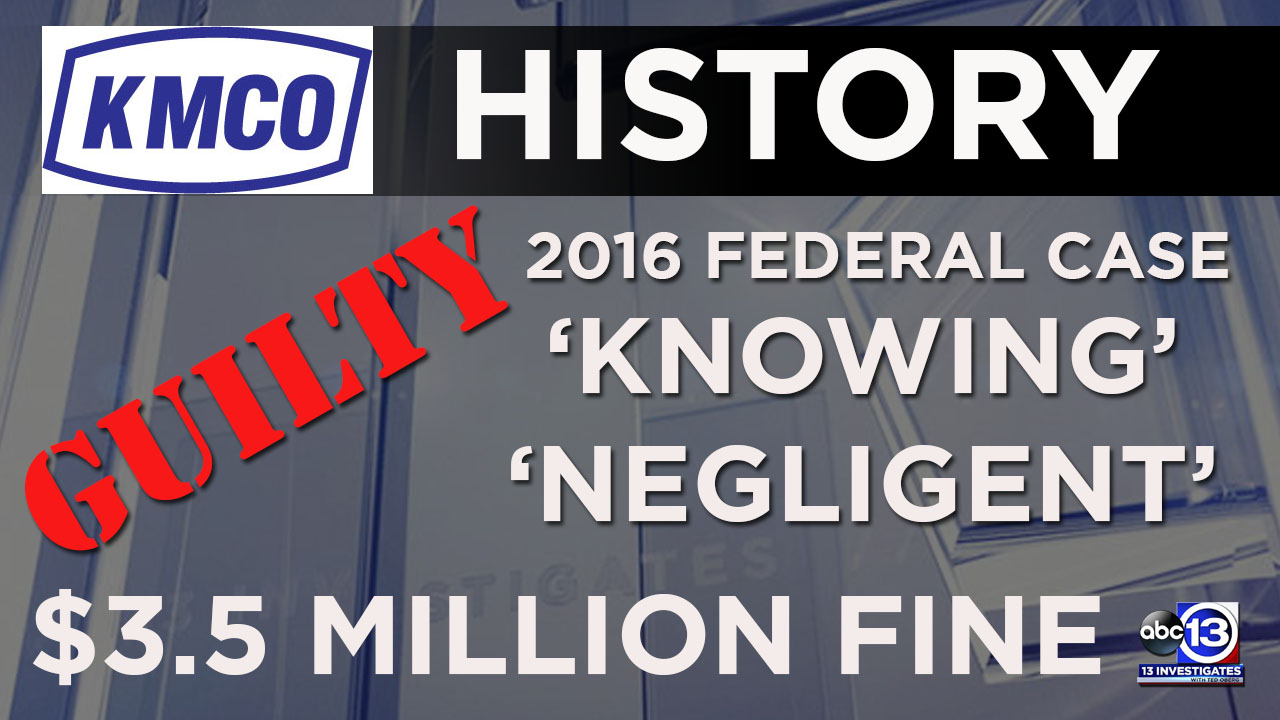 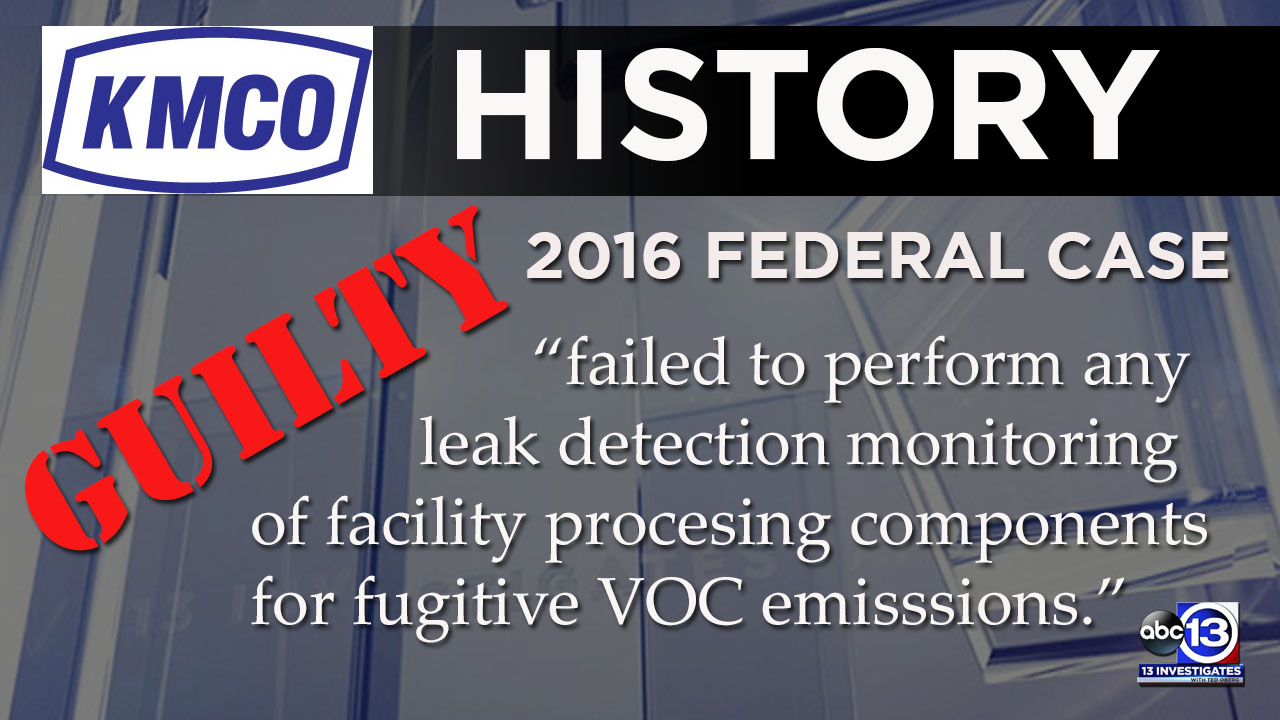 EPA records show the company has been out of compliance with federal air or water standards 36 of the last 48 months. 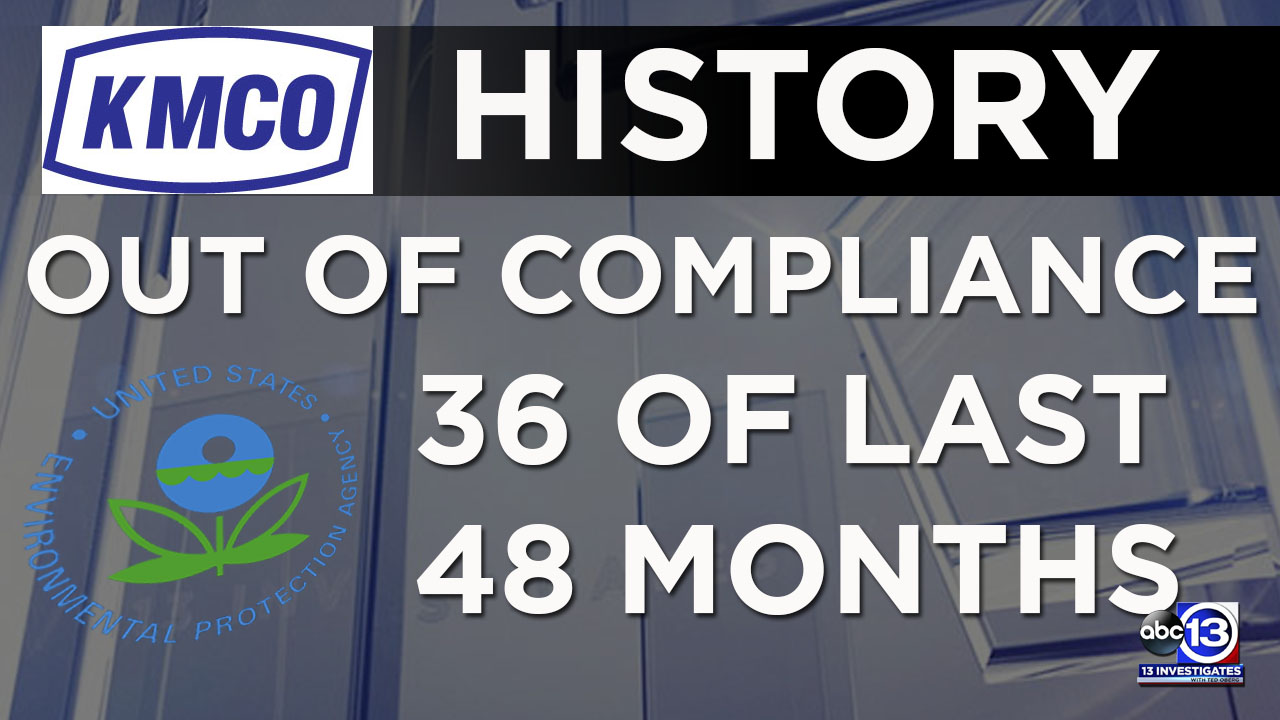 Among the problems were violations of chemical process standards, safely handling of 'highly hazardous' chemicals, and emergency plan standards. 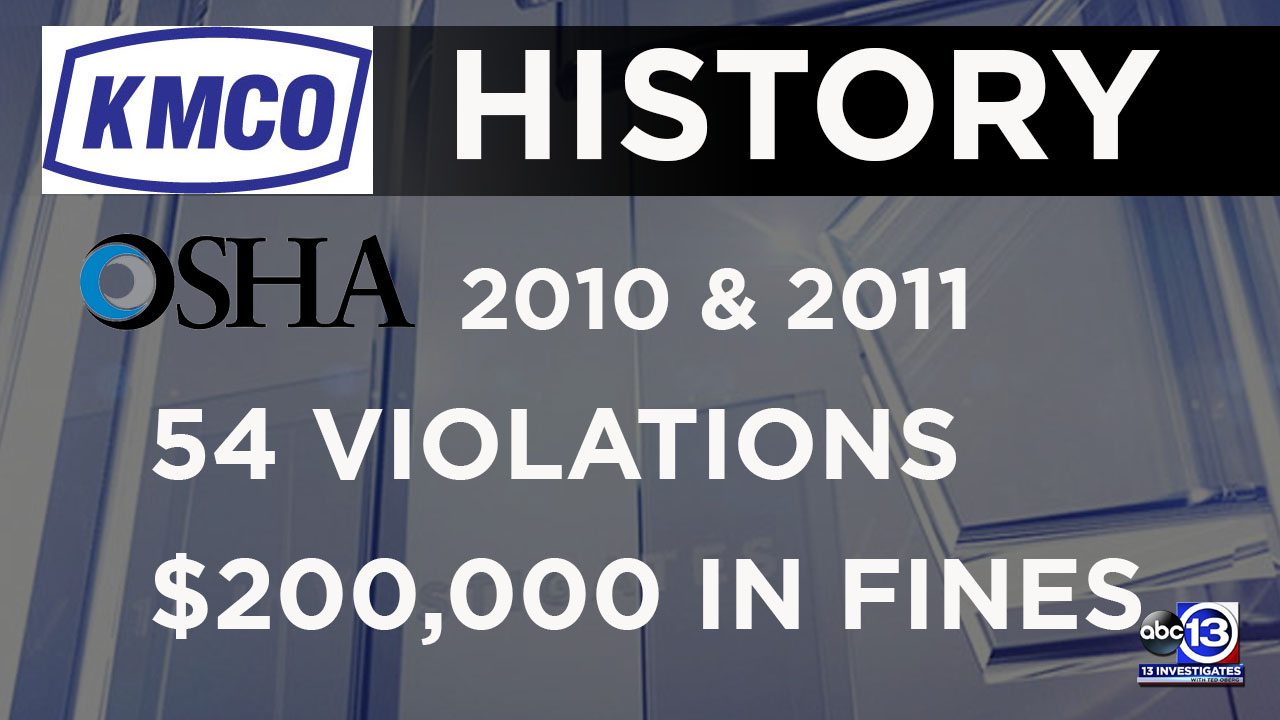 Elena Craft, PhD, the Environmental Defense Fund's senior director for climate and health, said in a statement, "Texas is failing to protect people from chemical fires and explosions and rogue releases of toxic air pollution. It is untenable. The Texas Commission on Environmental Quality must inspect every single facility every single year. That should be a bare minimum."

Workers crawl under gate to escape blast at KMCO plant in Crosby
Houston's 'tox-doc' explains the dangers of the smoke from Crosby plant fire
Isobutylene: What it is and what it's used for
Isobutylene health hazards you should know about
Report a correction or typo
Related topics:
crosbyted oberg investigatesexplosiontexas newschemicalsfirechemical plant
Copyright © 2020 KTRK-TV. All Rights Reserved.
TED OBERG INVESTIGATES

Showers moving into the Houston area