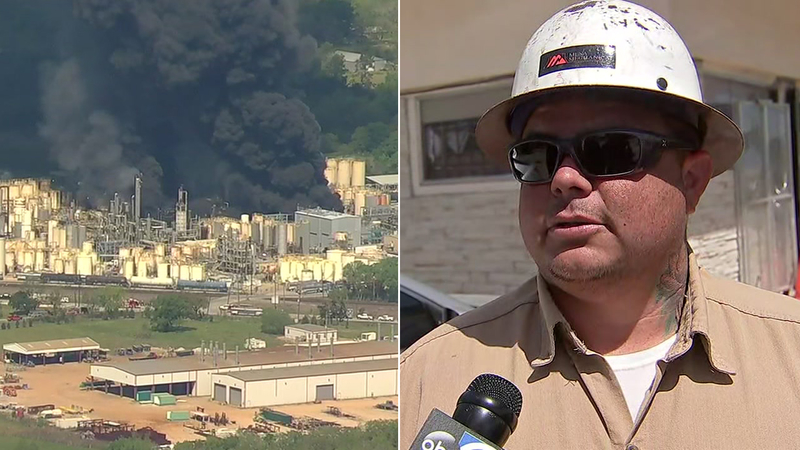 CROSBY, Texas (KTRK) -- Several men who were inside a Crosby plant when it exploded are sharing with ABC13 how they were able to escape.

One of the men, Randy Villalobos, said there was a leak first, so the employees tried to evacuate. As they were in the process of leaving, the plant blew up.

Villalobos says his first thought was, "Just to get out, get out as fast you can" as about 20 people started running.

"We had to crawl underneath the gate because the gate was locked at the time, so just run," Villalobos told ABC13 reporter Tom Abrahams.

"We were still in the actual plant when it blew up," Villalobos explained. He is okay.

Emergency crews are still working to control the fire, which has killed one person, the Harris County Sheriff's Office said.