Adam Weibling became the seventh Houston-area resident to be arrested and charged in connection with the attack.

KATY, Texas (KTRK) -- A Katy man facing federal charges for disobeying police as he pushed past officers to breach the U.S. Capitol called officers to his home when ABC13's Shelley Childers asked if he wanted to share a statement.

Adam Weibling is charged with knowingly entering or remaining in any restricted building or grounds without lawful authority and violent entry and disorderly conduct on Capitol grounds. He became the seventh Houston-area resident to be arrested and charged in connection with the attack.

Prosecutors said Weibling and his wife, Brittany, joined thousands of people who stormed the U.S. Capitol on January 6.

The first tipster provided still shots from Weibling's Twitter and Facebook accounts along with a YouTube video posted by The New Yorker, which appears to show Weibling trying to push past Capitol Police to get inside the building.

Investigators stated in court records, "Weibling engaged with an USCP officer to force entry into the building. Once Weibling breached the Capitol, he struggled with the officer for approximately 90 seconds."

On Tuesday, FBI agents, along with assistance from the Waller County Sheriff's Office and Texas DPS, arrested Weibling.

"It's just kind of shocking," said a neighbor who wished to remain anonymous. "I guess you never know who's across the street. It's just surprising to hear that."

ABC13 stopped by Weibling's Katy home on Thursday to speak with him about the arrest, but he declined to comment. Shortly after leaving his property, officers with the Katy Police Department arrived at the home where a woman came outside to speak with them.

Meanwhile, the FBI shared it is still looking for information about people involved in the riots.

You can view photos of some of the wanted individuals on the FBI's website. Anyone with information about the identity and location of these individuals should call 1-800-CALL-FBI (225-5324) or submit a tip online. 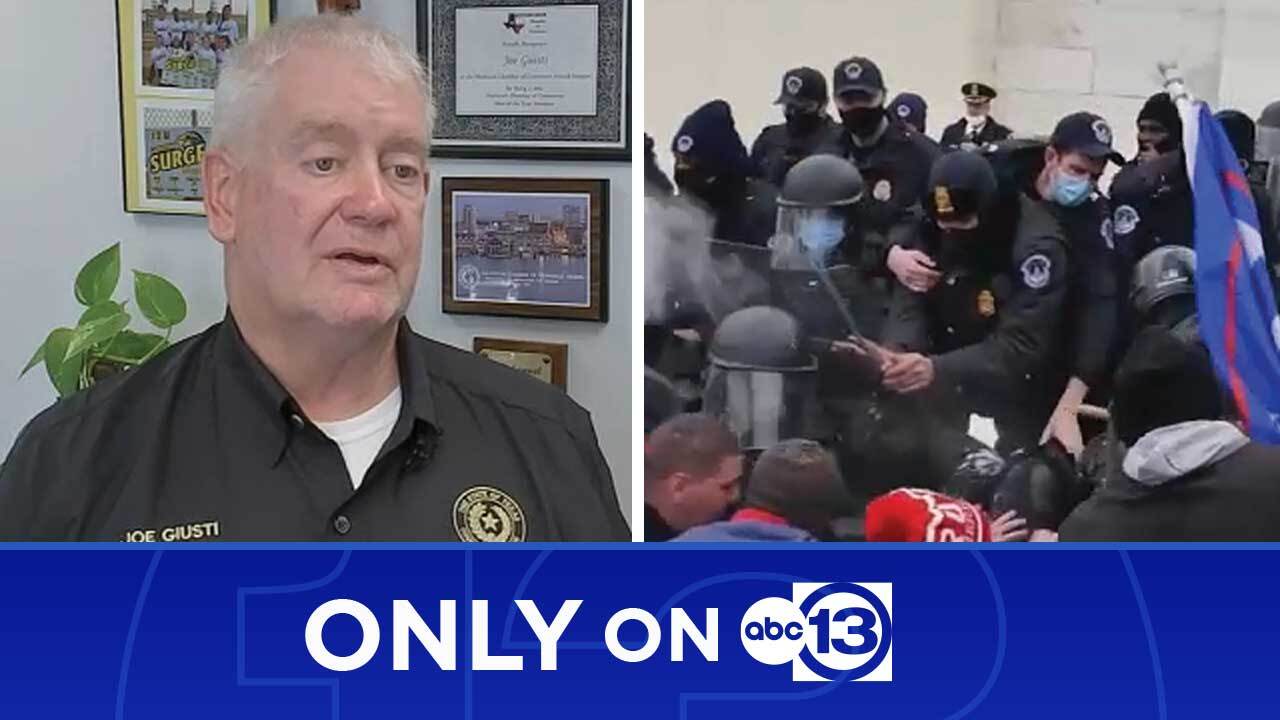 Galveston County commissioner explains why he once joined Oath Keepers