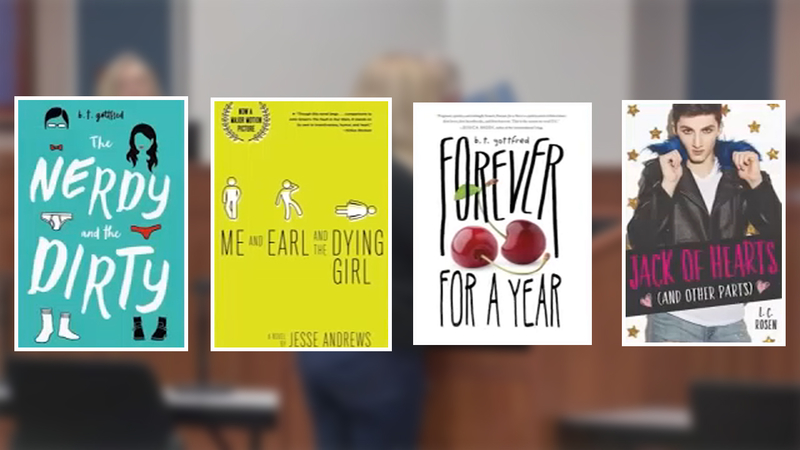 KATY, Texas -- Katy ISD created an online portal for parents to submit concerns over books parents deem inappropriate for their children. The portal became available Dec. 10 and comes after multiple parents of KISD students expressed outrage over some of the books available in the school libraries.

The portal allows for parents to fill out a review of any book they believe contains "pervasively vulgar" language and violates the district's board policy, which states the district has final say over the content in its libraries. It will then be reviewed by KISD personnel and could take up to 30 days for staff to make a decision, according to the website.

KISD staff has already removed multiple books from district libraries that community members mentioned during the public comment portion of the Nov. 15 school board meeting. During the meeting, speakers read excerpts from books they said should not be available for children to read, citing inappropriate sexual content and language.

"A lot of kids are thrown to the wolves," parent Claudia Turcott said at the Nov. 15 meeting. "They don't have anybody to guide them. Y'all need to stand in the gap."

The books removed from KISD libraries so far include "The Nerdy and the Dirty" by B.T. Gottfred, "Forever for a Year" by B.T. Gottfred, "Me and Earl and the Dying Girl" by Jesse Andrews, "Jack of Hearts" by Lev AC Rosen and "Lawn Boy" by Jonathan Evison, according to Maria DiPetta, manager of media relations and multimedia for KISD.

"The board of trustees and I stand by this policy and firmly believe that there is no place for books that contain pervasively vulgar content in Katy ISD libraries," Gregorski said in the letter. "It is our expectation that books within our collections are age appropriate for the students and families we serve."

Critical race theory is used to examine the structural causes of racial inequality. But a Texas bill says it cannot be taught to students K-12. Now, the conversation is heating up!

KISD's decision comes a month after Gov. Greg Abbott released a directive on Nov. 8 to the Texas Education Agency, the Texas State Library and Archives Commission, and the State Board of Education about keeping inappropriate material out of public libraries.

In November, the neighboring district Lamar CISD also removed books that were flagged for inappropriate content from their libraries, according to an email from Sonya Cole-Hamilton, LCISD's chief communications officer.