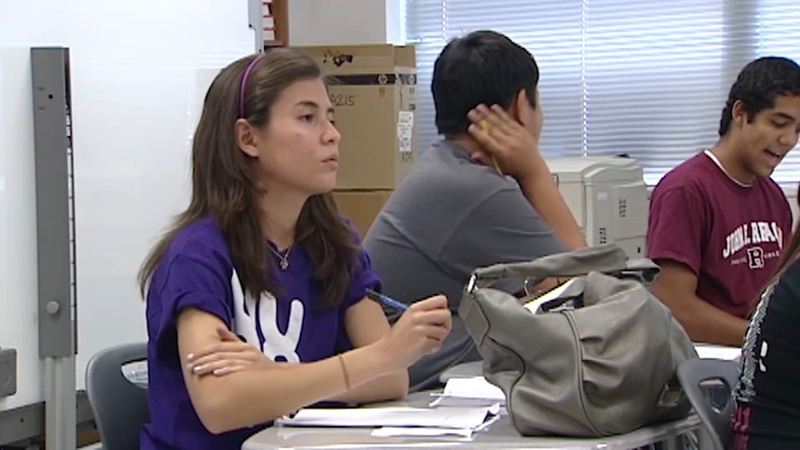 State Rep. Matt Krause, who chairs the House General Investigating Committee, has sent state and local school officials a list of more than 800 books dealing with those subjects and related issues, asking them to search for the books on their campuses. Krause wants the schools to advise which of the books and how many they possess, where they are kept and how they were paid for.

Many of the books on the list were written by women, people of color and LGBTQ writers and cover topics including teen pregnancy and abortion. Krause's inquiry comes after Abbott signed a law similar to those approved by legislatures in other GOP-controlled states limiting how race and racism can be taught in schools. In Texas, that includes the idea that the advent of slavery in what is now the United States marks the true founding of the nation.

Critical race theory - an academic way of thinking about America's history through the lens of racism - became a lightning rod for the Republican-dominated Legislature this year.

In a letter first reported by The Texas Tribune, the Fort Worth Republican also demanded that school districts report any other books that could cause students "guilt, anguish, or any other form of psychological distress because of their race or sex or convey that a student, by virtue of their race or sex, is inherently racist, sexist, or oppressive, whether consciously or unconsciously."

Krause's list included such celebrated works as "The Confessions of Nat Turner," the Pulitzer Prize-winning novel by William Styron, "The Cider House Rules" by John Irving, the graphic novel version of "The Handmaid's Tale" by Margaret Atwood, "Between the World and Me" by Ta-Nehisi Coates and "Caste: The Origins of Our Discontents" by Isabel Wilkerson.

Krause is challenging incumbent Ken Paxton for the Republican attorney general nomination in next year's primaries. He gave the districts until Nov. 12 to respond, but he did not specify why he wanted the information or the consequences for failing to comply.

Krause did not respond to a telephone message from The Associated Press, but The Tribune reported that he declined to comment.

In a letter dated Monday, Abbott warned the head of the Texas Association of School Boards that parents are worried that schools are exposing students to "pornography or other inappropriate content," even though the group has no role in approving what students read or study.

"A growing number of parents of Texas students are increasingly alarmed about some of the books and other content found in public school libraries that are extremely inappropriate in the public education system. The most flagrant examples include clearly pornographic images and substance that have no place in the Texas education system," the Republican governor wrote to association Executive Director Dan Troxell.

Abbott, who is running for reelection, did not specify what images he regarded as pornographic or what content he believed was inappropriate.

The school board association said in a statement that most districts leave the supervision of library materials up to individual district administrations and staff.