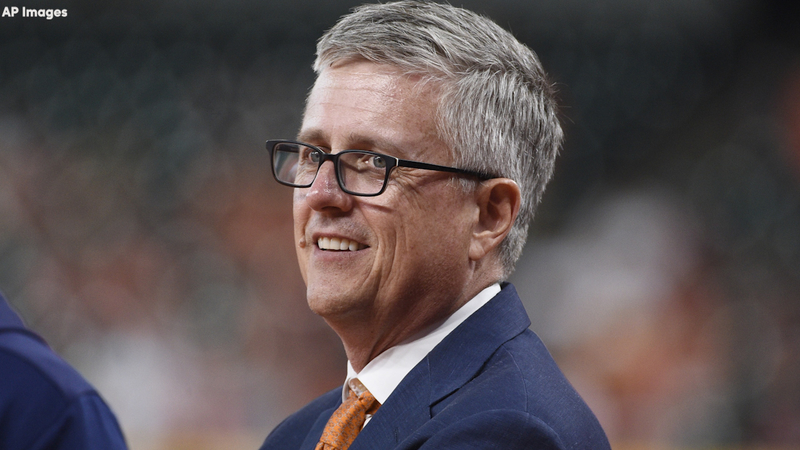 HOUSTON, Texas (KTRK) -- Even though the Major League Baseball season is over, the fallout of the Houston Astros sign-stealing scandal continues to follow them as former general manager Jeff Luhnow has now sued the team for breach of contract.

Luhnow was fired by owner Jim Crane in January after a league investigation confirmed the Astros' illegal use of technology to steal signs in 2017. He was suspended for the 2020 season.

But on Monday, he sued his former team, claiming they made him a scapegoat in the investigation.

The lawsuit filed in Harris County alleges the "MLB's 'investigation' actually was a negotiated resolution between Astros' owner Jim Crane and MLB Commissioner Robert Manfred that enabled the team to keep its World Series championship, went to great lengths to publicly exonerate Crane, and scapegoated Luhnow for a sign-stealing scandal that he had no knowledge of and played no part in."

The suit continues, saying that the sign-stealing was not directed by the Astros' front office and was "devised and executed-as noted by the Commissioner's own findings-by baseball operations employees in collaboration with coaches and players. The Astros fired Luhnow even though he had no knowledge of-or involvement in-the sign-stealing schemes. Yet everyone above and below Luhnow in the Astros' organization came away unscathed (with the lone exception of Manager A.J. Hinch, who admitted he knew about the schemes). Remarkably, the video room employees who conceived and orchestrated the sign-stealing system remained employed by the club throughout the 2020 season."


Here are other key parts of his petition:

In 2018, Luhnow was promoted to President of Baseball Operations and General Manager receiving a contract extension through the 2023 season. According to the lawsuit, Luhnow was set to be paid $31 million in guaranteed compensation, in addition to performance bonuses and other benefits.

Luhnow claims that because of the breach of contract, he is still owed $22 million, with the former general manager arguing that he upheld the terms and conditions of his contract by making the Astros a "perennial contender."

Along with Luhnow's firing, former Astros manager AJ Hinch was also terminated and suspended for the 2020 season.
Last week, Hinch was named the Detroit Tigers' manager after leading Houston to a 2017 World Series title, which some believe is tarnished.

WATCH: Jose Altuve's full interview with the press about the upcoming season and the Astros sign stealing scandal.