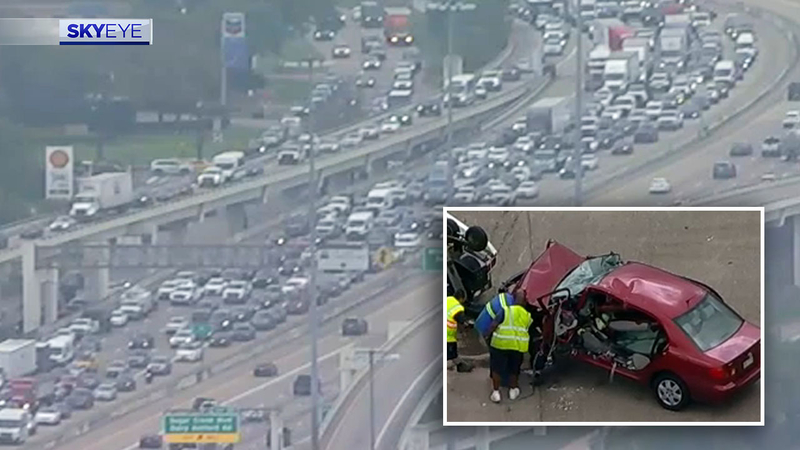 Northbound US 59 at Airport Boulevard closed after severe wreck

STAFFORD, Texas (KTRK) -- A crash involving an 18-wheeler on the Southwest Freeway that caused delays for drivers in the middle of the Monday afternoon commute.

Several lanes were closed on US-59 northbound at West Airport Boulevard after a crash was reported at about 4:19 p.m. Stafford police said three vehicles, including the big rig, were involved.

It's not immediately known what caused the crash.

At one point, the entire freeway was shut down. All of the northbound lanes reopened just after 8 p.m.

SkyEye captured the 18-wheeler spilling diesel. Hazmat units were called to the scene.