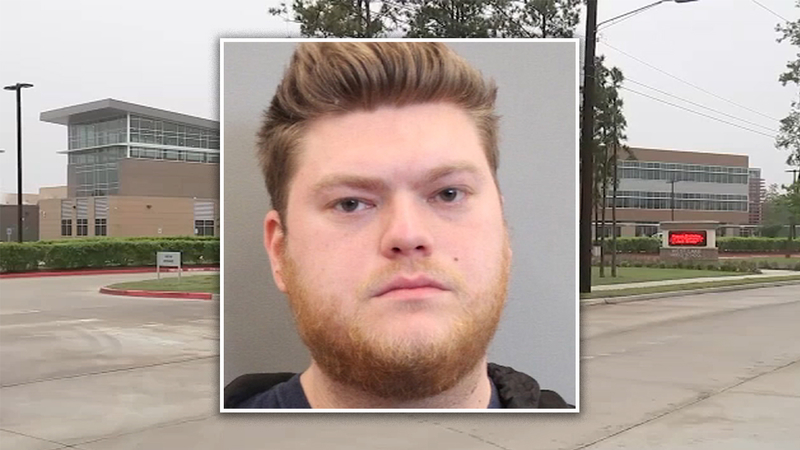 HUMBLE, Texas (KTRK) -- A middle school teacher charged with more than 10 counts of possession of child pornography is expected to appear in court today.

Humble ISD eighth grade teacher Tyler Hardy-Croskey resigned from his position after details of allegations against him emerged in April of this year.

He was arrested after police said a parent at West Lake Middle School found sexual text messages on his child's phone.

The texts were from a person named "Sarah" and someone else named "Ty."

Court records show the teen's father figured out the texts were coming from Hardy-Croskey, who was an eighth grade history teacher at the time.

After it was first reported in April, police said they got even more calls from parents in the district who found similar messages sent to their children.

Investigators believe Hardy-Croskey used his position at the school to target students.

Back when the case emerged, Crime Stoppers told Eyewitness News predatory teachers tend to follow similar patterns as those alleged in Hardy-Croskey's case.

"You'll see in all of these cases, if not 99%, there is a moment when there is an introduction of inappropriate material, whether in language or questions. 'Would you ever consider? Have you ever thought about?' Or photos. 'Here's a naked picture. Is it funny? What do you think? Would you ever do this?'" Rania Mankarious with Crime Stopper said. "That is always part of a pathway, and eventually, what you find is a child who is not capable of realizing what is going on and really has been taken advantage of from the get-go. They've been targeted. They've been preyed upon, and find themselves talking to someone they trust."

Hardy-Croskey is expected to appear in court Wednesday morning.