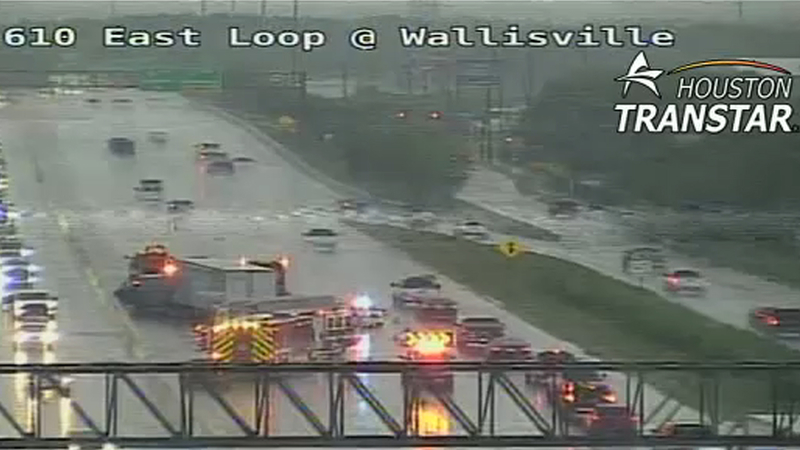 Several lanes were closed on the East Loop southbound near Wallisville, approaching I-10, after a crash was reported shortly after 6 a.m.

It appeared that an 18-wheeler box truck crashed into the middle wall of the freeway, blocking the southbound left lanes.

Crews continue the clean up of the heavy truck/ hazmat incident on I-610 East Loop southbound before I-10. Expect multiple mainlane closures for at least 2-3 hours. pic.twitter.com/ropmLIGPBm

At one point, the entire freeway was shut down. All of the southbound lanes reopened just before 10 a.m.

Hazmat units were called to the scene for an apparent fluid spill after the crash.