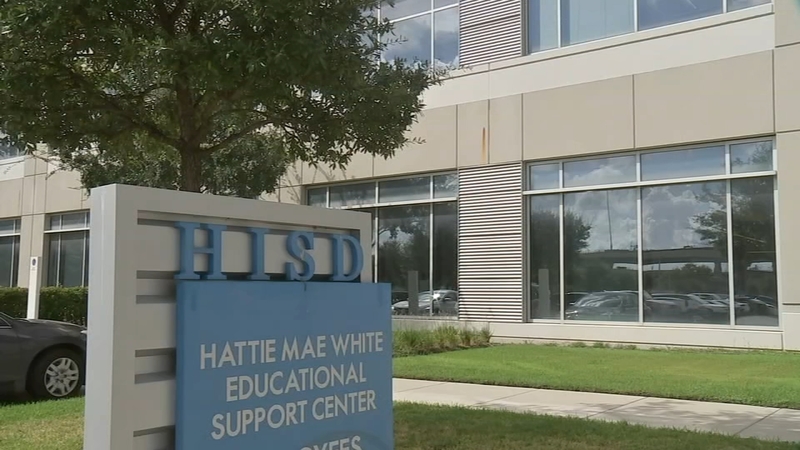 HOUSTON, Texas (KTRK) -- The Houston ISD Board of Trustees approved a $2,500 pay raise for teachers Thursday night at its board meeting.

Trustee Elizabeth Santos initially proposed a $5,000 pay raise for teachers, but the board later cut it in half before voting to approve it. Santos wanted the raises to be paid out of the district's fund balance.

Teachers are getting a raise! Here's what to know about what the board approved and how the district is preparing for a new superintendent.

"We are the largest district in the state, with the largest central office staff dedicated to educational finance. There is no reason we should be the only district in the area that cannot figure out a way to give teachers raises this year," Santos said in a statement posted to her Twitter account.

"It is past time for HISD to be the district that sets the standard in our region. Pay teachers what they deserve, and you will get the teachers our kids deserve," she continued.

I am proposing a teacher pay parity amendment to the HISD budget tonight. HISD is at the bottom compared to other area school districts. We trust our children with our teachers and asked them to move the earth during COVID. #TeacherPayRaise pic.twitter.com/PAyJA2THIW

Takisha Bolden Gastile, who is a former HISD teacher of 14 years and an HISD parent, believes the pay raises help keep teachers from fleeing to neighboring districts.

"This helps to show that we value our teachers and our staff. And, for that, our students will be successful," Gastile said. "When we show our teachers that we value them and we care about them, then that trickles down to the students and there will be stability in the classroom."

The district said the board also adopted an amendment that instructs the administration to develop a multi-year strategy to maintain and sustain a competitive teacher pay within the region in the August regular board meeting.

Secretary Treasurer for the Houston Federation of Teachers Andrew Dewey said while the group is thankful for the board of trustees' 'necessary' decision Thursday night, more work needs to be done to make sure all essential employees get a pay raise, not just a stipend.

"The teachers and everybody on the teachers salary schedule really do need that," Dewey said. "But on the other hand, last night's action completely ignored the neediest employees in HISD. The classified employees, the bus drivers, the cafeteria workers, the paraprofessionals, teacher's assistants. These are the lowest paid employees in the district, and the move by the board did nothing to address their economic issues."

In a separate vote, the board unanimously approved the 2021-2022 school budget, which includes raises for elementary school principals and all assistant principals/deans.

#HISD Board of Education unanimously approves the proposed 2021-2022 budget, with an amendment for a $2500 increase in teacher pay in addition to the step increase for those on the teacher pay step schedule.

Under the State of Texas' formula, school districts send some of their local property tax revenue to the state if they have excess revenue above what they are entitled to under the current school finance system.

For the 2021-2022 budget, HISD is expecting to send about $213 million back to the Texas Education Agency, which will be re-distributed to schools across the state to fund overall public education.

Thursday night was HISD interim superintendent Dr. Grenita Lathan's final board meeting. At the end of the meeting, trustees gave her a standing ovation and presented her with a plaque.

"Once again, thank you for the opportunity to serve and to lead. Thank you to the members of team HISD, especially to the cabinet members. Thank you so much for your collaborative partnership over the past several years," Lathan said.

House is coming to Houston from the Clarksville-Montgomery County School System in Tennessee, where he was in charge of a district with a student population more than five times smaller than HISD. The Board of Trustees said it is confident in his ability to lead.

The board is set to hold a final vote on House on Monday, June 14.