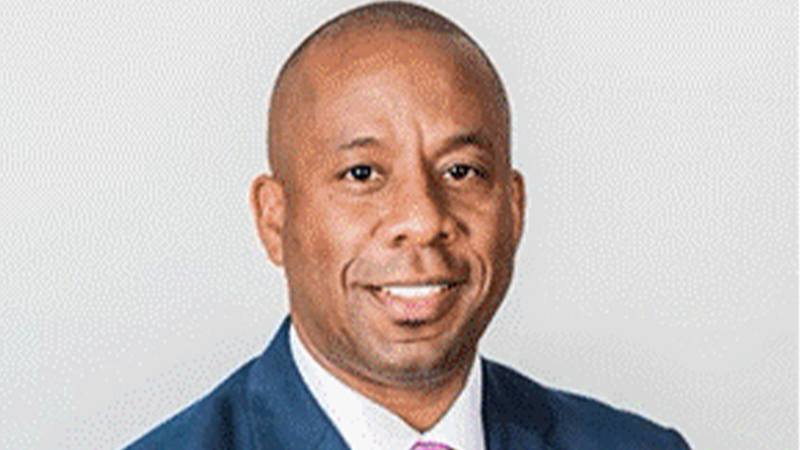 HOUSTON, Texas (KTRK) -- Houston ISD is entrusting its future in the hands of a 22-year education professional who leaves behind a student population five times smaller than HISD's.

The school district's board announced Millard House II, the current director of schools at Clarksville-Montgomery County School System in Tennessee, as the lone finalist for the permanent HISD superintendent job.

"This is a momentous day for the Houston Independent School District," said board president Patricia Allen. "We are confident that he brings the leadership and innovation that we need to continue improving outcomes for the children of HISD."

If contract negotiations are finalized in the next three weeks, House will become the leader of the seventh largest school district in the country during one of its most trying times.

The decision to appoint House was touted as a unanimous decision by the board. However, sources tell ABC13 that the discussions were heated and the choice was not unanimous behind closed doors.

In addition, sources tell ABC13 concerns about the process made some candidates reluctant to interview with the district and therefore narrowed the field of available candidates.

However, all sides were positive and upbeat when speaking with the public, promising to move forward as a united front.

"I didn't realize there's any kind of takeover," said House in his response to the first question asked by Houston media on Friday adding, "That was a joke."

For the past few years, the Texas Education Agency has attempted to take over the school district. That effort is currently embroiled in a protracted court battle.

In the meantime, Democratic Houston State Representative Harold Dutton has tried to shepherd a bill through the current state legislative session to make it easier for the TEA to take over.

That effort is still hanging in the balance with just a week to go in the session.

Despite all of that, House sounded upbeat.

"A lot of people focus on challenges in terms of new jobs opportunity," House said. "I focus on the opportunities. There are great people here in HISD. I think we have the tools in our tool belt to move beyond some of the drama and the issues that that have been plagued by the school system."

According to his resume, House grew up in the Tulsa public school system, which is where he graduated from. In 1995, he became a teacher.

He would rise to the rank of Deputy Superintendent, leaving in 2012 for the Charlotte Mecklenberg School District as Chief Operating Officer. That job only lasted a year and he spent 2013 to 2017 working at a nonprofit education organization and in private consulting.

In 2017, House was hired as the Director of Schools for the Clarksvill-Montgomery County School System. CMCSS has a little over 36,000 students and is significantly smaller than HISD.

"I was kind of surprised there's such a contrast in district in size," said Jackie Anderson, the president of the Houston Federation of Teachers, the main union within HISD. "He's coming from a very small district. If he is a collaborator, as he says, we'll be able to work through that."

Because CMSS is such a small district, it may be difficult for some HISD parents to fully evaluate House's educational point of view. Some of that information may be found at Chiefs for Change, an education organization founded by former Florida Governor Jeb Bush.

"He's a highly talented, equity-focused leader who really centers students on everything he does as a leader," said Mike Magee the CEO of Chiefs for Change.

Both Magee and House have previously worked at charter schools, the expansion of which is a point of controversy in Texas Public Education. In addition, Chiefs for Change has not actively opposed state takeovers in other situations around the country. That's another hot topic at HISD.

Magee, though, downplayed fears that House may be open to a state takeover.

"I don't think those things are going to be Millard's focus," said Magee. "I think Millard is coming in there to make sure HISD works as well as it can for kids."

House himself seemed to take a stance supporting local control of school districts.

When asked about the controversial issue of charter schools, however, House did not take a public stance, only saying he supports increasing equity and opportunity for all.
Another issue many HISD parents are worried about are changes in the popular magnet program.

An official start date has not been established for House, though state law does require a 21-day waiting period before the hiring becomes official.

According to AASA, the School Superintendents Association, the average tenure of a superintendent is between five and six years. During the last six years, HISD has had three.

Here's a look at HISD's superintendents over the past 20 years.