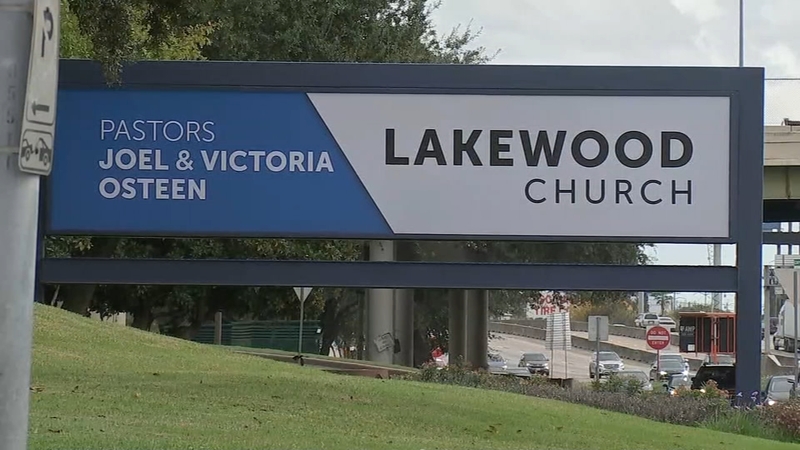 HOUSTON, Texas (KTRK) -- After a stash of cash and checks were found inside a wall at Lakewood Church last month, the plumber who reportedly found the property is now getting a handsome reward.

Evidence recovered by Houston police suggests the money could be connected to a 2014 theft. The money was discovered on Nov. 10 during a renovation project, according to HPD.

Although police did not say how much money was found, they described the discovery as a large amount, including cash, checks and money orders located inside a wall.

At the time of the theft, Lakewood Church gave Crime Stoppers $20,000 to offer as a potential reward for information in the case. By 2016, Lakewood decided to shift that supplemental reward into a charitable donation to Crime Stoppers of Houston in support of its ongoing public safety work in Houston and beyond.

On Friday, as more pieces of this case came together, Crime Stoppers CEO Rania Mankarious discussed the possibility of the organization gifting $20,000, the amount originally given to Crime Stoppers by Lakewood, to the "Good Samaritan" plumber who they say made the discovery and turned in the money. On Tuesday, Mankarious received the approval to move forward with the gift.

"Crime Stoppers of Houston is a public safety organization that thrives on the public safety of all communities. We believe that it takes all of us, working together, to keep Houston safe and thriving. In 2014, Lakewood Church gave us $20,000 to work on this case. In 2016, they chose to gift us those funds for operations. Today, we are gifting that same about of money to this Good Samaritan and wishing he and his family a wonderful holiday season," said Mankarious.