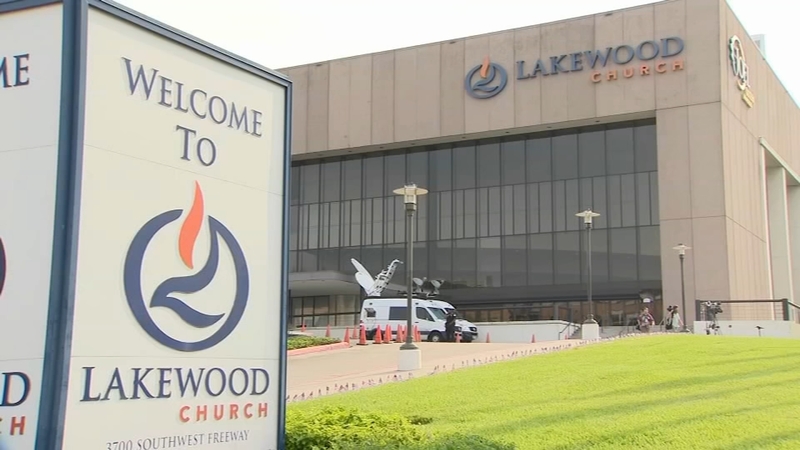 HOUSTON, Texas (KTRK) -- The stash of cash and checks found inside a wall at Lakewood Church could be connected to a 2014 theft, according to Houston police.

Police said the money was discovered on Nov. 10 during a renovation project.

Police said a large amount of money, including cash, checks and money orders was found inside a wall.

The discovery comes more than seven years after about $600,000 in cash and checks were taken from a church safe. The incident happened in 2014 between March 9 and March 10.

Houston Police say the cash, checks, and money orders were inventoried and then left at Lakewood. The man who made this all public is known only as Justin, a plumber.

"This was not a topic where we were expecting a shocking phone call that made national news," said Erik Scott Smith.

Smith is a co-host of the Morning Bullpen with George, Mo and Erik on 100.3 The Bull.

A man who called himself Justin the plumber said, "I went to go remove the toilet, and I moved some insulation away, and about 500 envelopes fell out of the wall," when asked about the incident on the radio show.

The hosts wanted to know what was the most valuable thing people ever found. Houston police confirm all the money in the restroom wall at Lakewood may be connected to a reported theft in 2014. Back then, the church released a statement in part saying, "The funds were fully insured, and we are working with our insurance company to restore the stolen funds to the church."

"As he was talking, I was cross referencing all those details. It seemed eerily familiar. Everything he was saying. It seemed like there would be no reason to make this up," said Smith.

He thinks the person claiming to be a plumber may have called his show after working at Lakewood out of frustration.

"I think he's sitting there in his house just waiting for somebody from the church, police department, or somewhere to say, 'Thank you.'" said Smith.

The church is not commenting further, but it previously said it was cooperating with the theft investigation.

The radio show caller isn't talking anymore at this point.

"I hope it's not somebody currently working in a church environment that's hiding $600,000 from the people who donated it," said Smith.

Although police didn't say how much money was found, evidence recovered suggests this case is connected to the March 2014 theft report, police said.