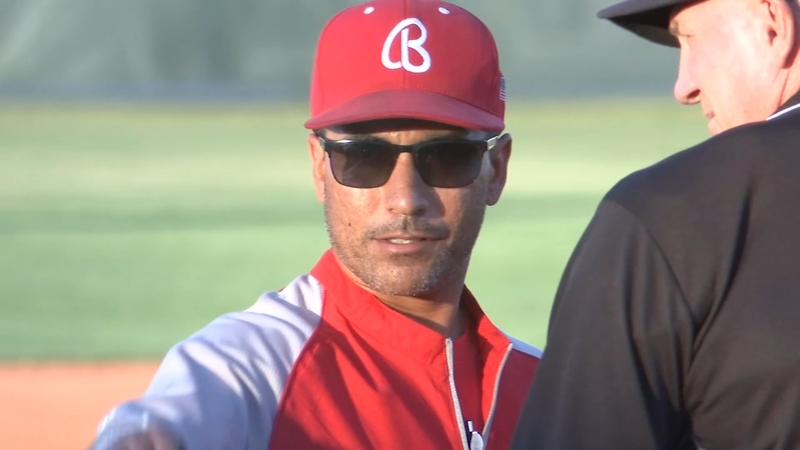 HOUSTON, Texas (KTRK) -- For weeks, some Westbury High School parents and community leaders have been calling for the Bellaire High School baseball coaches to be fired. On Thursday night, they brought their demands straight to the Houston ISD school board.

"Racism does not need to exist in our schools. It doesn't need to exist in our state. Our children should not be subject to it. You all are in position because we put you there. So, we are expecting you to hold this man and his assistant accountable. If not, I'm coming for every last one of your seats," Dr. Candice Matthews, the Rainbow Push Coalition statewide steering committee chair said as addressed trustees and the superintendent.

The issue goes back to a baseball game on March 25, between Westbury and Bellaire and allegations of racist taunting. In wake of this controversy, the district has launched an investigation and reassigned Bellaire's head and assistant coach.

Community leaders repeated their calls outside HISD headquarters for the Bellaire baseball coaches to be fired for not doing anything to stop their players from allegedly making references to monkeys and bananas during the game.

Coach Nick Ozuna has been instructed not to comment during the district's investigation, but his attorney said things have been taken out of context. He believes the coaches will be cleared if cooler heads prevail.

"I agree that there should be disciplinary action from the district to the coach and assistant coach, because that is not the example we need to set," State Rep. Ron Reynolds said.

"I want to speak to people who look like me. You cannot tolerate this. Silence in the face of this is complicity," State Rep. Jon Rosenthal said.

"I hope and pray that not only my son receives justice, but all of these children receive justice," said parent Erica Rhone.

Rhone previously spoke with ABC13 about pulling her son off the Bellaire baseball team. She said Coach Ozuna wouldn't let him play because of his afro hairstyle. The district is now taking a second look into those claims as they investigate what happened at the Bellaire versus Westbury game just a couple of months later.

"The school district could have and should have done more than give them a slap on the wrist. They always sweep things under the rug. So yes, we do want this racist fired," community activist Travis McGee said.

Attorneys for Ozuna have consistently denied accusations of racism. They also disagree with what Westbury parents said happened at the game, though they would not go into further detail citing the investigation.

Trustees could not comment on this matter at Thursday's board meeting because it wasn't on the agenda, but an HISD spokesperson said the investigation is ongoing and the status of those involved hasn't changed. The coaches are currently working at other schools pending the result of the investigation.

But attorney Kevin Murray said that doesn't go far enough, "Ultimately, the extremely outrageous conduct of the Bellaire players, coaches, and everyone involved in these discriminatory acts are under investigation and they will be prosecuted to the fullest extent of the law."

Murray said he represents Black families on both teams. He said federal claims and civil action are both on the table as activists focus on the coaches' firing and parents focus on protecting their players.