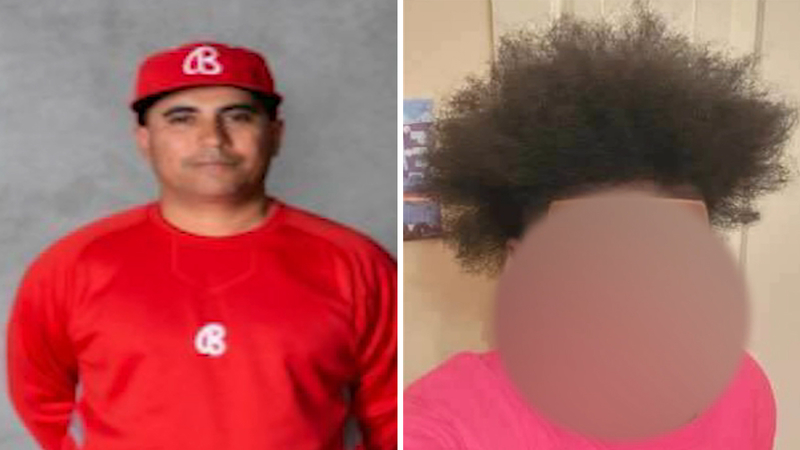 HOUSTON, Texas (KTRK) -- Bellaire High School has been home to seven state championship baseball teams from 1960 to 1999, but now, the head of their famed baseball program, Coach Nick Ozuna, is under a second investigation in three months.

"He made my son feel as though it was a terrible thing, his culture, his hair," said Erica Rhone.

Rhone said her ninth-grader left Bellaire High School's baseball program and transferred out of the school after she said Ozuna discriminated against him for his afro hairstyle.

Rhone said nearby students began teasing her son for his hair, saying, "The other students in the hallway start to make fun of my son and laugh, and the coach started laughing with the other children."

She says she filed a complaint with HISD in January 2022, and two months later, they sent her a letter saying her claims were unsubstantiated.

But on Wednesday afternoon, she said HISD sent her an email saying in part that information provided Tuesday "creates the need to revisit the findings of the Jan. 18, 2022 investigation."

The letter adds that the "allegations that Mr. Ozuna engaged in discriminatory practices related to (her son's) hair will be reopened for further examination."

On Tuesday, HISD announced an investigation into events at the Bellaire baseball game against Westbury High School, where parents allege Bellaire players were exhibiting derogatory behavior in the dugout.

"HISD is in the process of investigating the events that occurred during and after the Bellaire at Westbury baseball game on Friday, March 25, 2022. HISD police were present at the game and following the game to ensure an orderly departure. We take all of the allegations seriously and when the investigation is completed the school district will take appropriate action to ensure our students and staff have access to a safe environment."

Rhone believes the allegations against Bellaire baseball players are a direct reflection of their coach.

"Houston ISD had an opportunity to make things right, to stop this before it escalated into this massive thing that we're dealing with now."

"Please know that I fully support the decision made by the district to have HISD investigate the events both during and after the game. We have fully cooperated with the request to interview both students and staff that were present. Once the investigation is complete, then we will have a more fully articulated version of what transpired.

Over my 14 years on this campus, I have been especially proud of the diversity and inclusion that exists. I have watched as our students accepted each other regardless of background, race, economic status, gender identity, or any of the other means by which they too often get categorized. Day after day, I have seen so many examples of our students seeing the best in others, while accepting the differences that exist. Our school community is not perfect yet I believe in our resolve to be better. And I'm glad to have the chance to be a part of that work."