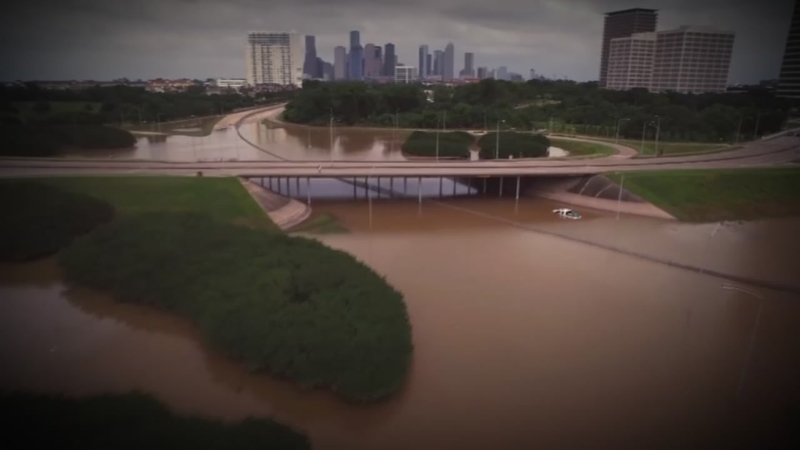 A look back at Houston's rained out holidays

HOUSTON, Texas -- If you haven't noticed the pattern yet, our city has a bizarre legacy of flooding during holidays and national observances.

Over the last several years, Houston has seemingly been pelted with torrential rains and battled against rising water anytime we have plans to celebrate or go on a three-day weekend.

As our wild weather has shown us, Mother Nature is no respecter of persons, as she has devastated neighborhoods across the region, flooding out cars and causing millions and millions of dollars in damage.

She doesn't seem to mind raining on our parades or barbecue, either.

Memorial Day Flood
The deluge began to fall during the evening hours of May 25, 2015 and didn't stop until the next morning.

Seven people were killed and hundreds of high-water rescues were needed after nearly a foot of water fell on the Bayou City.

As the waters receded, it became clear the 2015 Memorial Day Flood would be costly. Estimates put the damage at around $460 million.

Some Meyerland homeowners are still recovering from the Memorial Day weekend floods that left thousands of damage behind. Another flood would be just devastating to them.

When Hurricane Patricia made landfall in Mexico on October 23, 2015, the Category 5 storm pushed heavy amounts of rain into the Houston area.

The sinister amount of precipitation resulted in flooding downpours during the week leading up to Halloween.

When more rain started falling over Halloween weekend, some trick-or-treaters were left without candy, but there were still plenty of scares.

Residents in Meyerland and other Houston communities were watching closely after enduring costly damage during the Memorial Day Flood.

Tax Day Flood
Nine people were killed and nearly 10,000 homes were flooded when the Houston area saw about 24 inches of rain fall in just 24 hours.

More than a foot of rain fell on the west side of Houston on April 18, 2016, sending creeks above their banks and filling the Addicks and Barker reservoirs to record highs.

Memorial Day Flood
It was like a bad dream when pounding rains returned to southeast Texas once again during Memorial Day weekend.

Some neighbors, still cleaning up from the 2015 Memorial Day flood, were watching closely as rising water threatened the Houston area.

In all, 20 inches of rain fell on the northwest side of town, while residents in Fort Bend County were urged to evacuate or risk being stranded.

Harvey is the second most costly natural disaster in U.S. history, causing $198 billion in damage as its high winds and flooding downpours damaged or destroyed 185,149 homes, according to the Texas Division of Emergency Management.

Independence Day Flood
Rapid rainfall on July 4, 2018 caused quite a stir as some areas were hit by more than 8 inches of rain.

For the first time in 31 years, Houston's official July 4th celebration, Freedom Over Texas, had to be cancelled, although the fireworks display still went on. A long list of other city celebrations and events were also cancelled.

While Houstonians leaned on one another for help towing their flooded cars or to get out of the elements, Mayor Sylvester Turner said the holiday flood found the city prepared for the unexpected.

Neighbors were quick to step in during the fourth of July storms when one of their own was in trouble.

After years of devastating floods, including those from Hurricane Harvey, Turner said city workers were ready to take action.

Houston Mayor Sylvester Turner says the city was prepared for the unexpected as high water rose on the 4th of July.

Tropical downpours washed out Labor Day plans for many across the region, especially in Galveston, where businesses were forced to close as they fought against rising water.

Stranded drivers and even a couple of dogs were forced to seek higher land as floodwaters creeped up in the historic Strand District.

On High Island, more than 10 inches of rain fell.

Dogs barely stay above water during flooding in Galveston

The scare of severe weather and street flooding once again struck fear for trick-or-treaters in the greater Houston area.

Eastward cells produced tornadoes west and southwest of Harris County during the afternoon. Amid that, Houston city limits had standing water that threatened the commute home.

There was also late night severe weather aimed at threatening the area well after the trick-or-treating hours.