Houston's women shelter relieved after budget passed with no cuts: 'There is life on the other side' 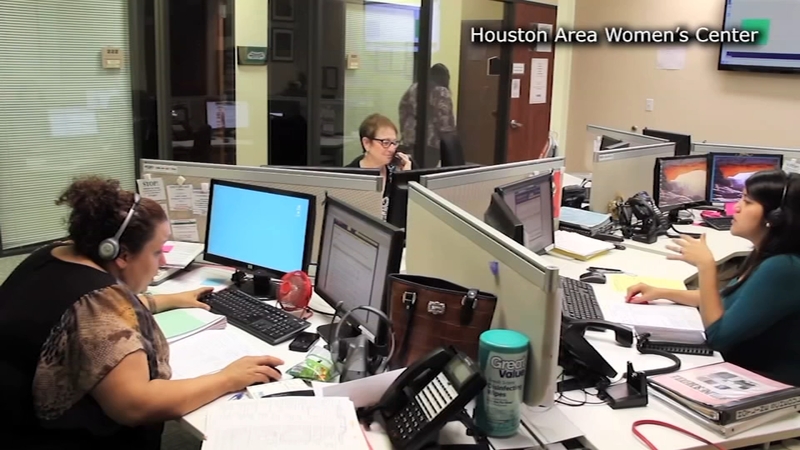 Houston's women shelter relieved after budge passed with no cuts

HOUSTON, Texas (KTRK) -- On Tuesday, Harris County sommissioners passed budgets for the short fiscal year of 2022 and fiscal year 2023. After discussion, they ultimately passed the budgets without making proposed cuts in funding to some community organizations.

Jamie R. Wright, a domestic abuse survivor, spoke with ABC13 about leaving an abusive relationship in April of 2020.

"My ex-partner hit me in the face with a laptop and knocked my teeth loose and as a result, I called 911," said Wright.

Wright said this was never a situation she imagined she would be in. She said the abuse began a couple of years earlier, not long after they started dating.

"By April of 2020, in the height of the pandemic, I found myself ashamed, broke, broken and homeless," said Wright.

She called the Houston Area Women's Center for a safe place to stay for a night or two. She ended up making the brave decision to stay for a couple of months and took steps to get away from her abuser.

"There's no doubt in my mind that I would have either been dead by this point or so battered and broken that... I don't even know, I can't even wrap my head around where I would be physically. I would absolutely not be the person that I am today," said Wright.

"Certainly, the rates of calls to our hotline have spiked and we have housed in our emergency supportive housing and shelter more people than ever before in any given year last year," explained Whitehurst.

That is why Whitehurst spoke briefly in the commissioner's court on Tuesday explaining just how important the funds are to keep helping women and children during this crisis.

"Even in those situations when we know the dynamic is potentially lethal, we often cannot give somebody a safe place for the night and that's a travesty," said Whitehurst.

Less than two years after calling the crisis hotline, Wright is on the board of the women's center- passionately sharing the hope she has now.

"There is life on the other side of disappointment and abuse. I am the epitome of that," said Wright.

If you are someone you know is in need of help due to a domestic violence situation, you can call the Houston Area Women's Center 24/7 hotline at 713-528-2121.