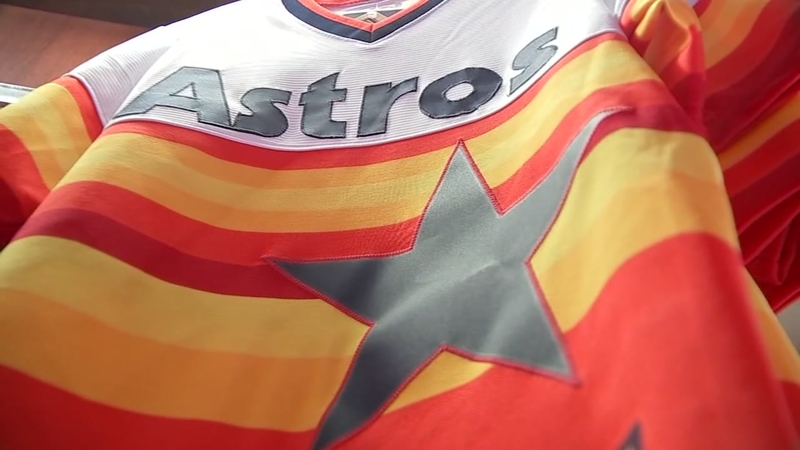 HOUSTON, Texas (KTRK) -- As the Houston Astros work to rebound from another unsuccessful World Series bid, the team can seek some inspiration from the birth of its identity.

So, what's in a name? Here's a brief history of the Astros' name, which, of course, wasn't the original identity of Houston's MLB team.

Just as iconic as the Astros' name, the video above breaks down the birth of the team's legendary rainbow star uniforms.

The Houston Astros' major league lineage began with the Houston Colt .45s, playing their first game in April 1962. The .45s were named after a "name the team" contest was held.

Houston was awarded a National League expansion team in the years leading to the .45s' first opening day, but it took some wheeling and dealing with a professional baseball team that existed in the city, the minor league Houston Buffaloes.

After the Buffaloes were purchased by Houston's major league franchise, the Colt .45s went on to play just three seasons.

In the midst of this, the team was playing at a temporary outdoor ballpark located in the shadow of what would become a groundbreaking innovation in large-scale venues.

The Astros name change coincided with two simultaneous happenings in the Bayou City.

One was the completion of the "Eighth Wonder of the World," the Astrodome, which was touted as the first ever multi-use domed stadium. It would be the team's home spanning across four decades.

RELATED: A look at the '8th wonder' then and now
EMBED More News Videos

In turn, the venue name was inspired by the city recent landing of NASA's "Manned Spacecraft Center," which would later be named as the Lyndon B. Johnson Space Center.

In the 57 years since the Astros were born, the team has brought Houston 15 postseason berths - 11 of which were from winning their division; four pennants - at least one each from the American and National leagues; and a cathartic but later highly disputed World Series title.

Meet the woman that sewed the Astros' uniforms for 30 years.