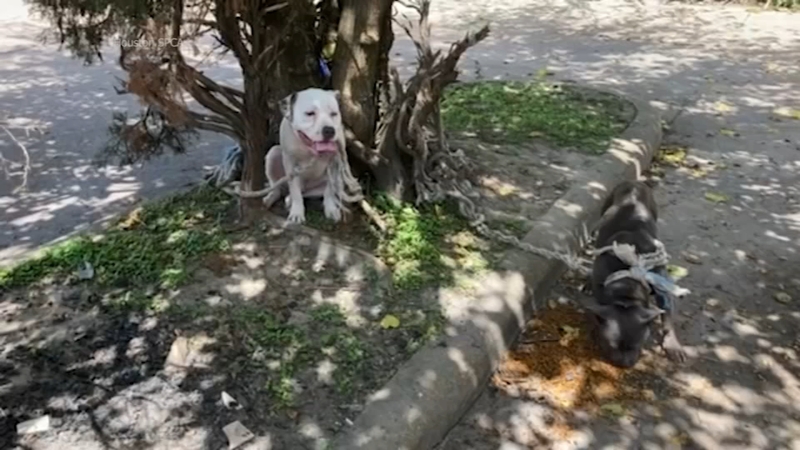 HOUSTON, Texas (KTRK) -- The Houston SPCA says it is taking a lot more calls lately for abandoned pets, and it wants to get the word out to stop this from happening.

Since Tuesday, workers responded to six abandonment calls, where they have unfortunately found some pets dead.

"These animals that not only were abandoned, but were cruelly confined in open spaces, with the Texas heat, they sometimes succumb to the elements," said Adam Reynolds, the Houston SPCA's chief cruelty investigator.

Reynolds adds abandonment cases are up 33 percent over the past 18 months.

"It's absolutely concerning with that number. If we're not able to intervene, often these animals end up dying," said Reynolds.

Not only is this happening across Houston, but across Texas. A recent video went viral from El Paso, showing a family abandoning a husky on the side of the road. Fortunately, that ended with the dog being placed with a home, but it's not always the case.

"They're cruelly confined, so they have no way to escape," Reynolds reminded. "They're left without food or water or shelter, and they end up succumbing to the elements."

The SPCA isn't entirely sure why abandonment cases are on the rise, but the group says financial restraints could be part of it. Whatever the case, they say abandonment is illegal. They work with area law enforcement to curb the problem.

Reynolds said there are options to give up your pets.

"Come up with a plan," he advised. "The plan is not to abandon them, resulting in death. There are multiple agencies that can be contacted and we encourage you to do that."