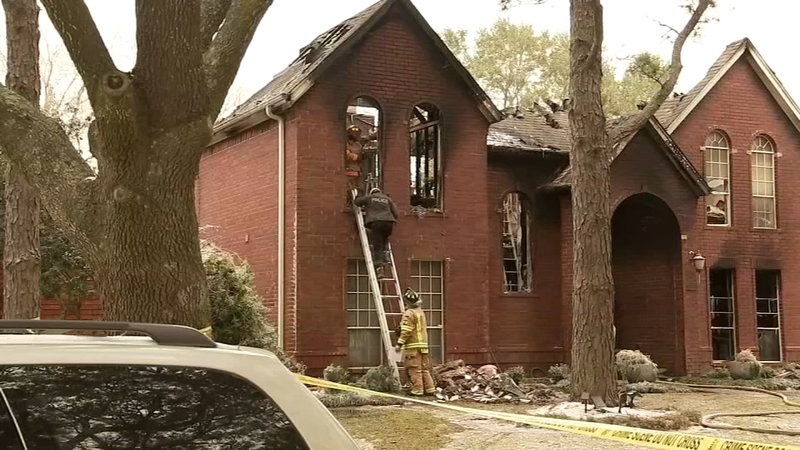 SUGAR LAND, Texas (KTRK) -- A family is grieving after four people, including three children, died in a house fire in Sugar Land overnight.

Officials with the Sugar Land Fire Department say a house fire call came in around 2:15 a.m. Tuesday on Vista Lakes near Edgewater.

Firefighters also treated the mother of the children and a neighbor for burns.

Officials say social media posts indicate that the family was using a fireplace to stay warm and may have also been using candles.

Officials do not yet know what exactly caused the fire. The Fort Bend Fire Marshal is investigating at the scene.