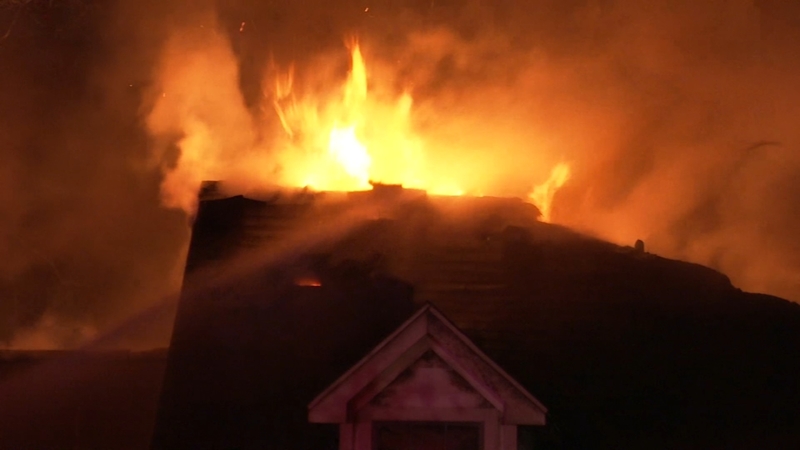 Upon arrival, firefighters found a two-story home blazing from the roof at Lakeside Terrace near the Sam Houston Tollway.

The fire started in an area where contractors had been renovating earlier in the day, officials said.

The homeowner says the neighborhood has been trying to get the city to put fire hydrants in the area for a long time now.

"We're kind of familiar with this drill in our neighborhood. We don't have fire hydrants," said, Scott Smith, a homeowner. "They ran out of water! We're the fourth-largest city, and we don't have water in Houston."

ABC13 reached out the Houston Fire Department about why there is no hydrant on the street.

They sent us a statement saying, "Incidents in the area without hydrants would require water shuttled/relayed. Please allow the HFD adequate time to assess the challenges faced."

It's a response residents like Smith said is not good enough.

"I have my family," Smith said. "I'm going to be OK and will be able to rebuild. I worry about other people. People who live in the fourth largest city who can't get enough water for a house fire."