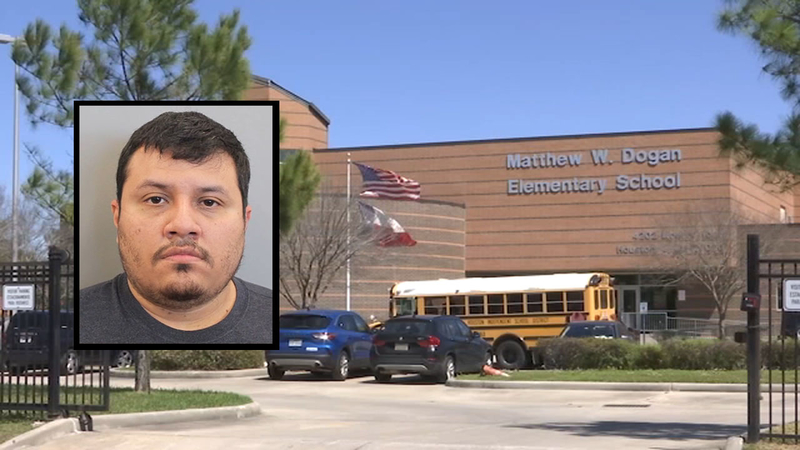 Saul Flores, 38, was given a 10-year deferred sentence, meaning he will be on probation for the next decade. He will also have to register as a sex offender for life.

"The judge told him, 'You don't get any mess-ups. If you mess up, we can revoke your probation and you could be sentenced to prison,'" said Lara Hogue, an assistant district attorney in Harris County assigned to the crimes against children division.

The victim's mother, who did not want her identity shared for her daughter's protection, said they opted not to go to trial so their daughter, who is now 9 years old, did not have to relive the trauma she experienced and face her abuser in the courtroom.

It was two staff members at Dogan Elementary School who alerted the child's mother about what happened. They said they witnessed circumstances once that led them to believe Flores was abusing her daughter.

"I asked her straight up, 'How, anytime, anywhere and how did he touch you?'" the child's mother said. "She went straight, 'Where? Right here,' and she was pointing at her privates. I said, 'Yes' and she said, 'Yes' and started freaking out."

Through speaking with their daughter, her parents learned that her kindergarten teacher touched her and forced her to touch him inside the classroom. They believe the abuse took place the entire 2018-2019 school year, but they did not find out until the end. The child admitted that Flores convinced her not to say anything by telling her she would get in trouble with her dad.

"It was a lot of red flags I would see on her while showering her or in her panties, but I was so sure I was doing a good job with her," her mother said. "That was a subject we discussed at our house when she was in school. 'No one can touch you. If someone is trying to do something like that to you, you need to come to us.'"

Her mother said the actions of Flores impacted their entire family, not just the child. They have all been having to work through what happened. The child went to therapy and her mother said she is doing well.

"It is really frustrating knowing she knows a lot of things she shouldn't be knowing right now," the heartbroken mother said. "She shouldn't be experiencing that."

She is concerned that other students in Flores's class were also victimized, whether that be molested or witnessed another student being touched.

"I would like the people to know to come forward," she said. "I know it's a really painful process, but it is better to help them now than to let them live for a long time for the rest of their life like that."

The child's family stayed quiet about what was going on to allow the legal process to play out, and so their daughter could process the trauma. They are not sure if the other parents of Flores's students even knew.

HISD said it is not their policy to alert parents about a pending investigation or criminal charges filed against a member of their staff since it is not a conviction.

"We would hope that those parents would talk to their children," Hogue said. "Now, those children are going to be a couple of years older. If anything comes out from those kids, we would hope they report it, like this family did."