Gas prices have reached an all time high at $4 a gallon, according to new report 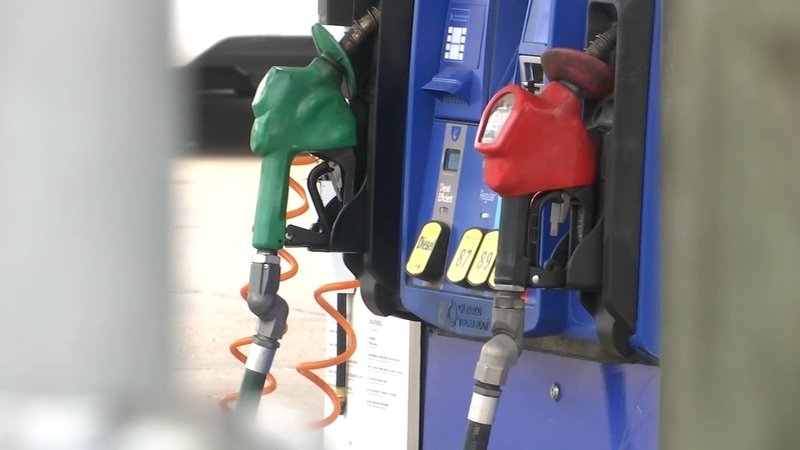 According to the American Automobile Association, the nationwide average price for a gallon of regular unleaded reached $4 on Sunday.

GasBuddy has released a new outlook, predicting a new record with prices continuing to rise through summer.

"Seasonal factors including increased demand for gas, refinery maintenance and the switch to summer-blend gas, on top of current geopolitical tensions, could propel prices upward of $4.25 per gallon by Memorial Day," GasBuddy said in a release.

Local business owners, like Shaina Park, who owns floral delivery service HeyDay Flower Co., said they might soon have no choice but to raise prices.

"Our business model is delivery based, so we go all over the city, even to The Woodlands and Conroe," Park explained. "We don't want to have to increase our pricing for our customers. However, unfortunately, to keep the same quality of work and still be able to function as a business and pay our rent and employees, we're going to have to make accommodations."

She said operating costs have already gone up for her.

"I've been having discussions with our wholesaler. And they're like, 'Get ready to see increase pricing up to double of what we would normally pay,'" Park said.

University of Houston finance professor Craig Pirrong said the prices were already high because of supply chain issues and the pandemic.

"Ukraine has exacerbated the situation and made it worse," Pirrong explained. "To be honest with you, whether we stand with them or not, it's probably a secondary consideration. Just the war itself is having disruptive effects."

This is a disruption to the Russian oil supply.

"A lot of banks are saying, 'Hey, we're worried about being sanctioned. So, we're not going to lend the money.' That's why some Russian production is not reaching the market," Pirrong said.

SEE RELATED: Gas prices have risen a quarter in a week: Here's how high they could go, and for how long