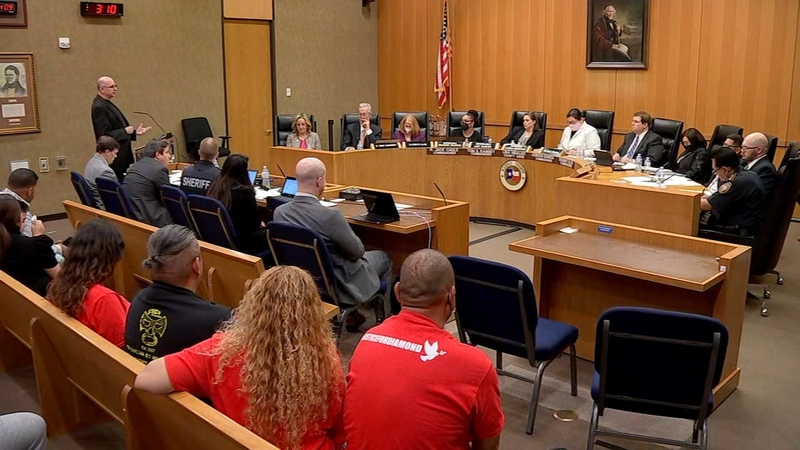 HARRIS COUNTY, Texas (KTRK) -- The Harris County Bail Bond board approved a new rule, which requires bondsmen to accept at least 10% of a person's bond before that person is released from jail.

This comes weeks after the board struck down the same proposal due to members questioning whether they had the legal authority to pass it.

On Wednesday, the family of Diamond Alvarez, the teen who died after her boyfriend allegedly shot her 22 times, said this is a step in the right direction. The Alvarez family had been demanding justice for the murdered teen, even more so after learning that her accused killer, Frank DeLeon Jr., was allowed to post a $250,000 bond and walk out of jail on Jan.19.

The goal is to make sure repeat offenders will not have the opportunity to bond out.

FIEL Houston, who represents a lot of victims' families, said they are willing to go the distance with this and will fight any lawsuit or opposition.

How do Harris County judges set bond? We asked a legal expert to explain