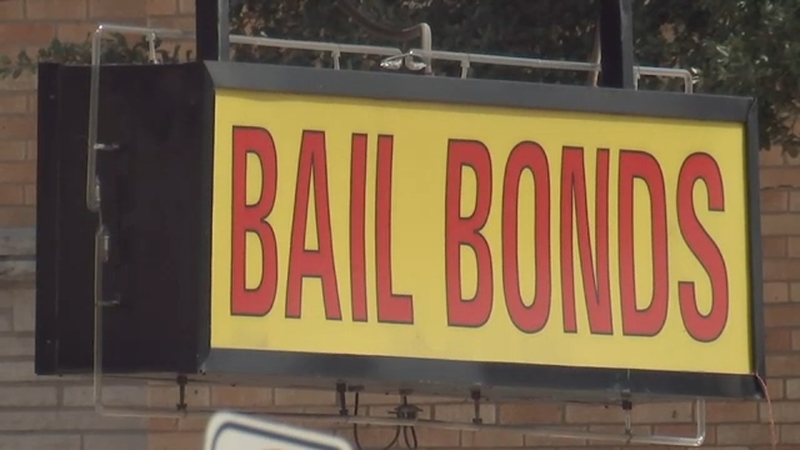 Bail board rejects proposal for bondsman to collect 10% of bond

HOUSTON, Texas (KTRK) -- The Harris County Bail Bond Board has rejected a proposal which would require bond companies to collect a minimum 10% of a defendant's bond.

Sheriff Ed Gonzalez said the sheriff's Office did their own spot check on some of the bonding companies to view records involving some of the higher bonds posted, and they found that the majority of bonding companies post a premium equivalent to 8-10% of a defendants bond. However, there are few bond companies collecting as little as 2% and then place the defendant on a payment plan.

Out of the eight board members present, four voted in favor of the proposal, two voted opposed, and two voted abstained. In order for the bill to be passed, five votes were needed.

Those in favor of the measure argued that it will help reduce crime while those opposed say there is no actual proof and is part of a political agenda before the November elections.

The commissioner's court was filled with families with loved ones whose accused killers are out on bond.

Paul Castro, the father of 17-year-old David Castro, killed in a road rage incident leaving the Astros game over the summer, spoke out during public comment.

"The killer was a two time violent felon who had not even been out of prison for a full year, before he killed my son," Castro said. "A month after his arrest, David's killer was let out on bond. The judge set the case bond at $350,000. No one knows how much he actually paid for him to be released. Traditionally, he would have had to come up with $35,000 to make bond, an amount that probably would have been high enough to keep him in jail today. He's not in jail today. Because of the gap in bail bond policy, he is free on less than $35,000."

The family of Diamond Alvarez, a 16-year-old who was shot more than 22 times in January, was also there to show their support. Her boyfriend, who is accused of killing her, posted his $250,000 bond and is free while he awaits trial.

Hidalgo, who has faced her own criticism when it comes to bond reform, spoke out in favor of the measure.

"Everyone has to do their part and we have an opportunity to fix a part of the system that's not working adequately because it's undercutting judges when they make decisions to set high bond to people who shouldn't be out free," Hidalgo said.

On the opposing side, there were many questions about the legality of whether the board has the authority to enact this local rule on what bondsmen can charge.

"I believe this local rule would violate separation of powers because you are adding a condition on the bond and you are acting like the Texas Legislature," attorney Ken W. Good said. "The Texas Department of Insurance, 20 years ago, regulated what insurance companies charge for criminal appearance bonds and the statute was amended and repealed so that it no longer applied to the regulation of criminal appearance bonds The legislature did not give that authority to you or anyone else.

Bail Bondsmen Shaun Burns said there is no proof establishing a minimum fee would reduce crime, as those in favor suggest.

"It's smoke and mirrors. Crime is through the roof in our city we can all agree on that," Burns said. "This is not a solution to the problem. In fact it limits our ability to get poor people out of jail, which historically is a problem. It's not going to do anything to reduce the crime rate."

Burns said while he feels for the families who lost loved ones to violence, offender are constitutionally entitled to bond and innocent until proven guilty.

"You cannot keep anyone in jail as a punishment if they have not been found guilty," Burns said. "I understand families are frustrated and hurt and they deserve change, but this is not the solution. I encourage them to show up to commissioner's court and talk about the revolving door at the court house, why are PR bonds being given to criminal felons? Why is the misdemeanor criminal offense been reduced to nothing? Those are the questions that need to be answered."

Gonzalez took time to discuss the impact of the court backlog and other issues he believes are contributing the high crime rate.

"In this environment when there's a case backlog and people are out by any measure, whether it be PR, or cash bond or anything, and it takes one year, two years, for them to be accountable, the odds of reoffending are high and we have to make sure we don't have tunnel vision on this meeting and thinking this is going to solve everything, " said Gonzalez.