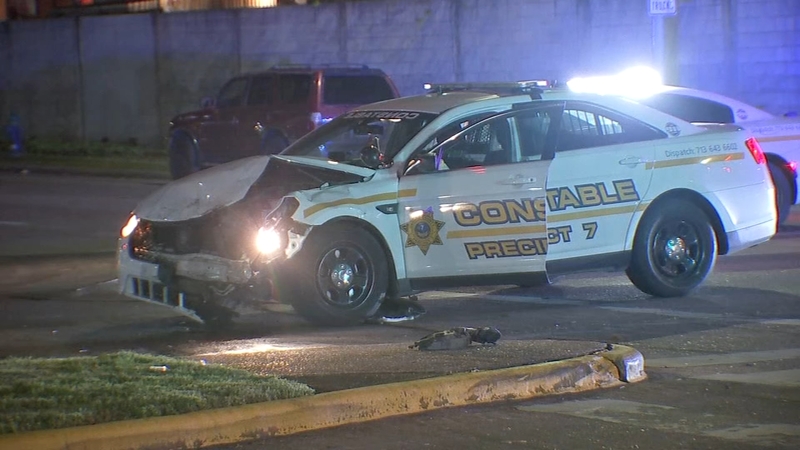 HOUSTON, Texas (KTRK) -- A Harris County Precinct 7 deputy constable was injured Wednesday night after a crash involving a pursuit of a stolen vehicle in southwest Houston.

Officers spotted a woman driving a stolen Chevrolet Tahoe traveling 65 mph in a 30 mph zone when she took off, police said. During the chase, the driver slammed into the deputy constable's cruiser and hit a Houston police cruiser before crashing into the front yard of a home on West Bellfort near Sandpiper.

Police said the woman admitted she knew the SUV was stolen.

The deputy constable suffered neck and back injuries in the crash and was transported where they were stable.

The woman involved faces charges of evading and failure to stop and render aid on a uniformed officer.