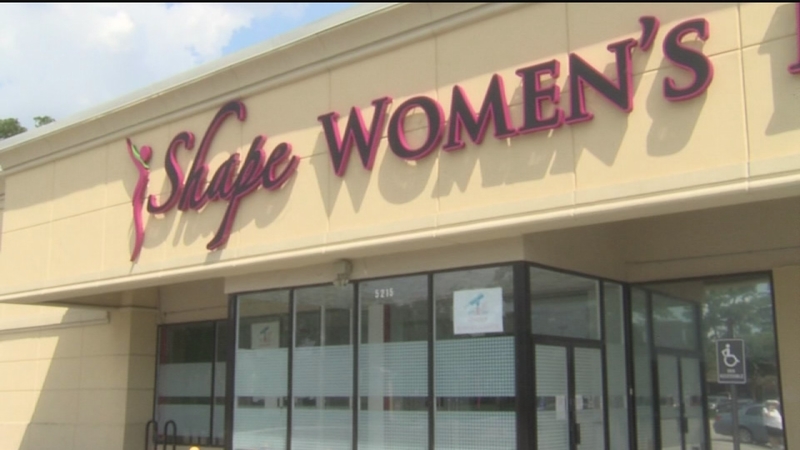 HOUSTON (KTRK) -- Bad news for members of a northwest Houston gym that had been selling discounted annual memberships and Groupons just days ago. The gym is now closed.

It was a text message from a gym employee that first alerted Erika Haines that something was wrong at her favorite workout spot.

"'The gym closed,' exclamation point. And I said, 'What?' And she says, 'Yes, I just got the email thought I'd let you know,'" Haines said.

Haines then drove down to Shape Women's Fitness off FM 1960 herself.

Some customers say the gym closed only after collecting money from members.

"Today I see on my bank account that my monthly fee has been auto-drafted and I call to get no answer and then a neighbor said, 'Well, you know they closed,'" gym member Melissa Williams said.

Williams says to make things worse, the gym was offering members deals if people would pre-pay $150 for a year.

"They just encouraged me last Monday to take a 12-month membership, the summer promotion," she said.

We found the company selling Groupons as late as Monday afternoon, but that deal was pulled after we contacted Groupon. A sign on the door suggests customers file a claim with the Secretary of State's Office for refunds.

"I am going to see if I can contact my credit card company," Haines said.

Calling your credit card company is a good idea.

Groupon says if you bought one of the gym's deals, you can get a refund from them.
Related topics:
personal financegrouponaction 13
Copyright © 2022 KTRK-TV. All Rights Reserved.
ACTION 13
Widow gets help after husband missed hearing while in coma
Space-saving tips for disaster stockpiling
Action 13: Connecting your COVID questions with answers
New councilmember is making illegal dumping her mission
TOP STORIES
There are many ways to eat healthy amid high food prices, experts say
Bank of America apologizes to refugee family for account mix-up
6 people killed over span of 12 hours in isolated incidents in Houston
Biden signs landmark gun measure, says 'lives will be saved'
A hot weekend ahead of more widespread rain chances next week
Astros' 2nd time ever to no-hit NY
Houston Pride 2022: Where and how to celebrate
Show More
Teenage daughter stabs father during fight in SW Houston, police say
17-year-old charged with murder after giving friend ride
Settlement would forgive $6B for defrauded college students
FBI seizes disputed Basquiat artworks from Florida museum
Jet pack person seen near LAX by a pilot attempting to land
More TOP STORIES News